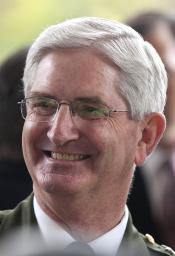 February 1, 2014 (San Diego)--The Sheriff's Department plans to execute a winning game plan with increased DUI patrols across the county to stop drunk drivers on Super Bowl Sunday, the biggest day of the year for football fans.

Increased DUI patrols by deputies will start at 3:00 p.m. on Sunday, Feb. 2 and continue through 5 a.m. Monday.

More alcohol-related car crashes happen on Super Bowl Sunday in California than on any other Sunday in January and February, according to the Automobile Club of Southern California.

Sheriff Gore advises, "Wherever you decide to watch the Super Bowl, remember not to drink and drive.  If you do drink alcohol, have a designated driver ready or call a taxi to take you home. Remember: Fans don’t let fans drive drunk!"

If you are having a Super Bowl viewing party, be aware of San Diego County's "Social Host" ordinance. Anyone caught serving alcohol to a minor will be arrested and booked into jail. You can report underage drinking by calling the Sheriff's Department’s non-emergency line at (858) 565-5200. You can also learn more about your responsibility on the Sheriff department’s website at the Social Host web page. .

Funding for the Super Bowl Sunday DUI patrols is provided by a grant from the California Office of Traffic Safety through the National Highway Traffic Safety Administration.