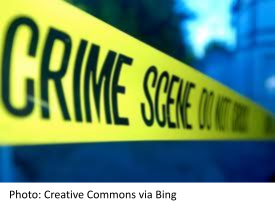 By Miriam Raftery
February 6, 2021 (Lemon Grove) — Sheriff’s detectives are investigating a shooting that wounded a man shortly after 1:30 this morning in Lemon Grove.
The shooting occurred in a parking lot in front of a business in the 7600 block of Broadway.

According to a media release from the Sheriff’s department, several people inside the business told deputies they sheltered in place after hearing the sound of gunfire.  Two customers went outside and found a man who had been shot.  Believing an ambulance wouldn't arrive in time, they put the victim inside their car and drove him to the hospital.  His condition is unknown.