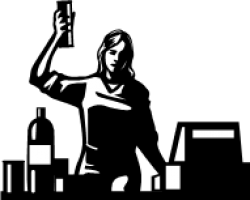 An undercover deputy entered a licensed establishment and acted obviously intoxicated. He smelled like alcohol, stumbled into the store, slurred his speech, dropped items, etc. He then attempted to purchase alcohol. It is a misdemeanor in California to sell alcohol to someone who is obviously drunk.

If the clerk sold the undercover deputy alcohol, deputies and ABC agents entered the store to explain why the decoy shouldn't have been sold alcohol. Of the eight locations visited, three sold to the decoy.

According to a statement from the Sheriff’s office, “The goal of the ABC Grant Assistance Program is to partner with local law enforcement agencies to help make communities safer. The cooperative efforts of the Sheriff’s Department and ABC are aimed at building positive working relationships between all stakeholders and increasing safety in San Diego County.”