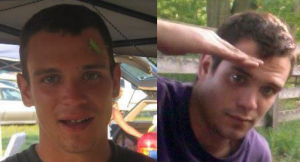 March 3, 2015 (San Diego’s East County)—The San Diego Sheriff’s office has called off a search for Chris Sylvia, a hiker who has been missing for over two weeks.

Sheriff’s spokesperson Jan Caldwell told CBS news on Tuesday that “weather has made a productive search impossible,” adding, “This does not mean the investigation is over – we are still running any leads that come into us.”

Sylvia left Anza for a solo hike to Campo along the Pacific Crest Trail.  He was last heard from on February 16th, when he called a friend, but failed to meet up with his friend the next day to pickup new supplies as planned at the Lieu Quan Meditation Center near Warner Springs.

Some of his belongings and ID were found last week near Warner Springs along Chihuahua Valley Road.  On Sunday, additional items that may belong to him were found near Tule Spring, six miles north of the search area in Chihuahua Valley.  A hiker reportedly found hiking sandals and an empty package of freeze-dried stew.

Sylvia’s mother told CBS Channel 8 news that her son had recently broken up with his girlfriend but that she did not believe he was suicidal. He was an experienced hiker, she said, but added that he normally did not hike along.

The Sheriff’s office has indicated that the disappearance of Chris Sylvia will be referred to the Homicide Department to continue the investigation, a step that is routine in missing persons cases, to assure that all possibilities are investigated.