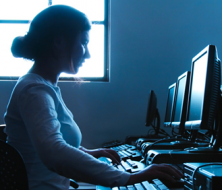 August 22, 2013 (San Diego) -- San Diego Sheriff Bill Gore has issued a warning to the public to be careful when buying or selling items on Craigslist--and is offering tips on how to stay safe.

Numerous crimes in our region have been linked to Craigslist, including robberies, assaults and murders.

Most recently, on July 29, a man who answered a Craigslist ad for a cell phone was accosted at gunpoint by two suspects demanding money in the 4S Ranch area.  The  victim fled  to a nearby Sheriff’s substation and the suspects were arrested.

In 2011, San Diego Police arrested a suspect for a series of robberies of people who responded to Craigslist ads for iPADs.  A La Mesa man was robbed and assaulted when he agreed to go to a local park to meet a seller advertising computers for sale on Craiglist.

Also in 2011, a convicted sex offender confessed to drugging and killing San Diego State University freshman Donna Jou after meeting her on Craigslist, where she advertised tutoring services. .   In addition, a teenager attempting to purchase an item offered for sale legally on Craigslist was shot and killed in a San Diego neighborhood.

The Sheriff offers these tips for buying or selling items on Craigslist:

Set up the appointment during the day. Insist on a public meeting place, since criminals don’t want witnesses.  Don’t go alone – bring a friend.  Tell another friend or family member where you are going.

Bring your cell phone to call 911 if necessary.

Don’t  buy from a seller who only lists an email address.  This is a red flag that the seller has something to hide.

another place, this should raise some serious red flags

If it sounds too good to be true, it probably is – you are better off passing it up.

Trust your instincts. If anything seems suspicious, out of place or  just doesn't feel right,  leave.