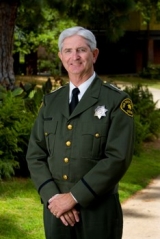 According to Traffic Coordinator Lt. Michael Cea, “Alcohol-related fatalities have increased in California for the seventh consecutive year.” Lieutenant Cea, who is the director for the department’s grant, added, “If you are going to drink, don’t drive! This advice is so simple and could save your life.”

The special DUI Enforcement and Education grant is to assist in efforts to reduce the number of persons killed and injured in alcohol and other drug related collisions. The grant activities will specifically target impaired driving offenders as well as educate the public on the dangers of impaired driving. This will be done through the use of DUI/driver’s license checkpoints, warrant searches and stakeouts for repeat DUI offenders, saturation patrols, and court stings where DUI offenders with suspended or revoked driver licenses get behind the wheel after leaving court.

Drunk driving is one of America’s deadliest crimes. In 2008, over 11,700 people died in highway crashes involving a driver or motorcycle operator with a blood alcohol concentration (BAC) of .08 or higher.

“Last year in California 1,029 died in alcohol impaired crashes, a 9 percent reduction in deaths from 2007,” said Christopher J. Murphy, Director of the Office of Traffic Safety. “This grant will help keep that trend going by getting drunk drivers off the roadways of San Diego County making it safer for everyone.”