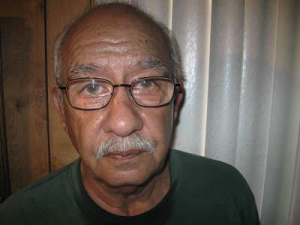 His family is extremely concerned for his welfare. His vehicle is inoperable and accounted for.  Negrette is Hispanic with grey hair, receding hair line, brown eyes, and a mustache.  He is 5 feet 8 inches tall and weighs about 210 pounds. He was last seeing wearing blue jeans, T-shirt, and white sneakers.

Anyone with information on Mr. Negrette's whereabouts is asked to contact the San Diego Sheriff's Department at (858) 565-5200. Anyone wishing to remain anonymous should call Crime Stoppers at (888) 580-8477.