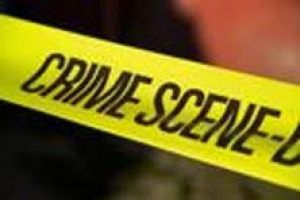 February 20, 2021(Alpine) – The Sheriff’s department seeks help from the public to solve a felony animal cruelty case. Deputies responded to a call reporting suspicious circumstances in the 400 block of Peutz Valley Road in Alpine shortly after 8 a.m. on Feb. 19 found ten animals dead in a pen including lambs, goats and a ram.

According to Lt. Anthony O’Boyle, the property owners are victims who are out of state when the deaths occurred.  “A relative was coming by to check up on and feed the animals. When the relative arrived yesterday morning, she found the animals deceased,” he said.

An investigation determined the manner and cause of death of the animals was suspicious.  “We do not believe the deaths are a result of negligence,” Lt. O’Boyle said.” We did not uncover any evidence indicating that this was a wild animal attack,” he added. Details will not be provided to protect the integrity of the investigation, he indicated. Necropsies will be conducted to determine what killed the animals.

Lt. O’Boyle asked for help from anyone with information to help solve this case.  “If you live in the area and might have surveillance video, share it with our detectives,” he says. “If you saw or heard anything or might have any information about this crime, you can remain anonymous. Call Crime Stoppers at (888) 580-8477.  You may be eligible for up to a $1,000 reward for information that leads to a felony arrest.