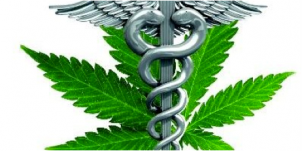 According to Sergeant William Amavisca, the Santee station had received complaints over marijuana sales and over the past six months, marijuana sales resulted in a “noticeable increase” in violent crimes such as carjacking, shootings and robberies.

The San Diego Cannabis Delivery Alliance has issued a press release accusing the Sheriff’s department of “entrapment” by using a decoy purchaser to lure the delivery drivers to Santee.  The group seeks a licensing structure for delivery, noting that over 52 percent of Santee residents voted for Proposition 64 last November, which legalized recreational marijuana use a well as medical marijuana use that’s been legal for over a decade with a prescription in California.

Elizabeth Wilhelm, president of the Alliance, states, “We understand that not every community needs or wants dispensaries, or other cannabis activities, but every community has medical marijuana patients who deserve safe and private access at their homes or businesses.”

She adds, “We feel it is unfortunate that the Sheriff’s department chose to use its precious resources on marijuana delivery, while the death toll from pharmaceuticals, heroin and meth continue to scourge East County.”

The Alliance is working to assure safe access to medical cannabis for disabled and elderly populations who can’t easily drive to dispensaries outside their communities.  The problem is particularly difficult for residents in unincorporated areas since County Supervisors have banned all commercial cannabis activities (other than those grandfathered in that are slated to be phased out).  Some local cities have also outlawed all commercial cannabis operations.

The Alliance is asking lawmakers countywide to preserve and restore safe access through a network of licensed and regulated “Independent Cannabis Therapy Practitioners” trained to care on patients on a deeper level than just dropping off an order.

On Monday, October 16th, the Alliance will hold an informational event at Giovanni’s Restaurant in Clairemont Mesa.  Supporters are invited to join delivery advocates.  The group is also asking cannabis patients and caregivers to contact their County Supervisors to voice the need for safe regulation of delivery-only businesses serving patients across the region.