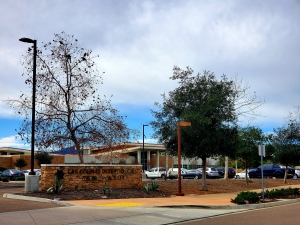 January 21, 2022 (Santee)  -- With COVID-19 cases on the rise across the nation, San Diego County jails are also seeing a spike in the number of positive cases among incarcerated individuals. Over the past few days, more than 350 people in custody have tested positive for COVID-19 at local detention facilities.

“To ensure the health and well-being of those in our care, as well as deputies and jail staff, the San Diego County Sheriff's Department will be temporarily transferring about 200 male inmates to the Las Colinas Detention and Reentry Facility in Santee,” a press release from the Sheriff’s office today states.

These inmates will be quarantined in a currently empty housing unit at Las Colinas, which is the county's only women's jail.  Additional deputies and staff will be sent to Las Colinas to handle the increased population at the facility, the Sheriff’s office indicates, adding that it has notified Santee city officials.

“None of the male inmates being temporarily housed at the Las Colinas Detention and Reentry Facility will be released into the Santee community.  We want to reassure the citizens of Santee these individuals will be properly secured within the facility,”

This temporary change in housing will remain in effect until the positive COVID-19 cases go down in county jails. At that time, all male inmates will return to their previously assigned facility.

“The safety, security, health and well-being of the people in our custody, as well as the deputies and employees who care for them, will always be a priority for the Sheriff's Department,” the release states.

However, the Sheriff’s department has not required its deputies or jail personnel to be vaccinated, unlike San Diego Police department and some other law enforcement agencies.

Dave Myers, a former Sheriff Commander, is one of four candidates running to replace Sheriff Bill Gore, who retires February 3. Myers has criticized the lack of vaccination requirements.

“I am the ONLY candidate for Sheriff who supports Covid vaccines for Sheriff personnel. I also am the only sheriff candidate who floated the idea of incentivizing inmates to accept the Covid vaccine,” Myers told ECM after learning of the latest outbreak in county detention facilities.

San Diego County has the highest number of inmate deaths of any major California county including deaths from assaults, suicides, COVID-19 and other causes.

COVID has taken a toll on deputies as well as inmates. “More deputy sheriffs have died in the last two years of Covid, then who’ve died in on duty car crashes and shooting incidents,” Myers noted.

Last October, ECM reported that COVID was also the top killer of law enforcement officers in California and the nation, killing several times more officers than gunfire did.

Visit www.sdsheriff.gov and click on the "COVID-19 Response" slide to learn about all what safeguards have been adopted to limit the spread of the virus, as well as case and vaccination numbers.

the problem with the sherriff department is YOU. you brought into the rights fake covid narrative and now the inmates are paying the price. keep eating the rights s h i t gore!