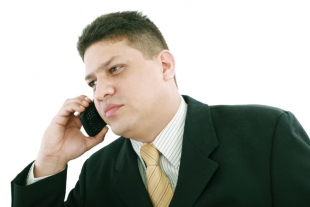 April 12, 2018 (San Diego) - Don’t fall for it if someone claiming to work at the San Diego County Sheriff’s Department calls you on the phone and tells you to pay up or you’ll go to jail.

The Sheriff’s Department advises you to hang up because it’s a scam. No Sheriff’s employee would ever contact a member of the public by phone to demand payment. The way the con works is criminals tell people they have an outstanding warrant for their arrest — or that they have a summons for them to appear in court for missing jury duty service. The criminal might even use the name of a real Sheriff’s deputy which they can easily find by doing an internet search. Another trick is they might use Caller ID spoofing, which makes it appear that the call is coming from a Sheriff’s facility. Don’t let those details convince you its real.

Do not let the caller intimidate you. The criminal is trying to scare you into giving them your personal information or making a payment by phone.

The truth is that an outstanding arrest warrant can’t be cleared up over the phone with a payment. The Sheriff’s Department says only courts can clear warrants.

People with outstanding warrants are encouraged to turn themselves in Monday through Friday during business hours at any Sheriff’s Court facility, not make a payment.

To check if you have an outstanding warrant, visit www.sdsheriff.net/courts. To confirm if you have jury service, call the Superior Court of California at (619) 450-5757 and press “O” to talk to an operator.