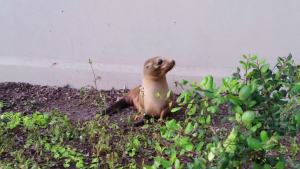 On Wednesday, a baby seal wandered away from the shoreline and up five blocks to Mar Vista High School in Imperial Beach. School staff called the Sheriff's Department and the seal pup was 'detained' without incident in the back of the patrol car. 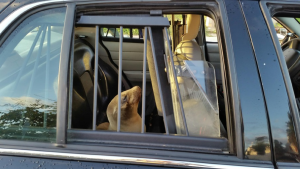 A press release issued by the Sheriff’s Department quips, “While Deputy Sheriffs attempted to interview him as to his activities, he clammed-up and requested his lawyer.”