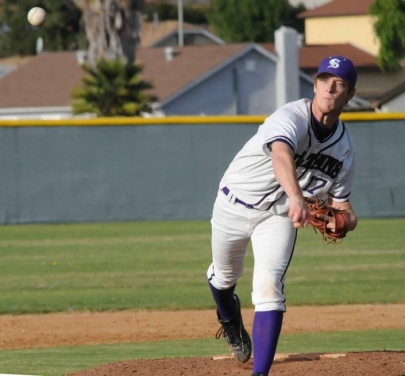 July 23, 2020 (Santee) - A San Diego County sheriff's deputy who once starred for Santana High School in baseball and football was behind bars Thursday on suspicion of a series of child molestation charges in Chula Vista.

Jaylen Devon Fleer, 27, was arrested by Chula Vista police and booked into the Vista Detention Facility early Wednesday evening on suspicion of 15 felony charges, including lewd acts with a person 14 or 15 years old, luring a minor for purposes of committing a sex offense and oral copulation with a person under age 16, according to jail records.

He was being held without bail pending arraignment, tentatively scheduled for July 31.

Chula Vista police identified Fleer as a correctional deputy in the Sheriff’s Department and said the alleged crimes were not connected with his position as a deputy.

The District Attorney’s Office released a brief statement: “This case is under review. Charges will be announced at the scheduled arraignment.”

Fleer graduated from Santana in Santee in 2011, where he also pitched for the San Diego Storm, and later played for Grossmont College. At 18, he was 6-foot-4 and 180 pounds. His booking dimensions Wednesday were 6-4, 220 pounds.

The case came to light April 9, when San Diego County Crime Stoppers received tips regarding an unidentified man who allegedly engaged in sex acts with a juvenile, according to Peak.

“Investigators were able to identify the suspect and also determine that there were two additional underage victims,” the lieutenant said, adding that the alleged offenses “had no nexus to (Fleer’s) employment.”

During the investigation, Fleer, who has been with the Sheriff’s Department for just over five years, was removed from a post at San Diego Central Jail and placed on desk duty, the agency reported. Since then, he has had no on-duty contact with the public, officials said.

“Even though the allegation(s) had nothing to do with Fleer’s duties as a deputy, they were so serious that all peace-officer authority was taken away from him,” the regional law enforcement service asserted in a prepared statement. “The Sheriff’s Department takes allegations of illegal activity by its employees very seriously. We hold all our deputies to the highest standards and will hold deputies who violate the law accountable.”

The Sheriff’s Department said it received a briefing on the status of the investigation late Wednesday afternoon and began its own internal affairs investigation.