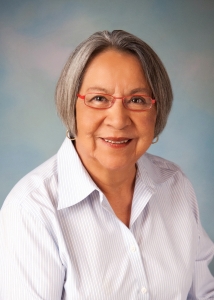 March 11, 2018 (La Mesa) – El Cajon resident Shirley Apple Murphy, a cultural psychologist, life coach and advocate for Native American issues, has been appointed to serve on the Grossmont Hospital Corporation (GHC) board of directors as a representative of the Grossmont Healthcare District (GHD). Murphy will serve on the GHC as a designee of GHD board member Gloria Chadwick.

Murphy is returning to the GHC board after previously serving from 2011 to 2016. Murphy was succeeded by Allan Goetz, a retired aerospace engineer, who served in 2016 and 2017.

The 15-member GHC board consists of Sharp Grossmont Hospital leaders, physicians, community leaders and GHD board members or their designees. Among its many responsibilities, the GHC board oversees, evaluates and recommends proactive quality measures and performance initiatives for all quality improvement activities throughout the hospital.

Murphy is president of Taspan Consulting Co., which she founded to conduct research and development of indigenous knowledge and its application to educational curriculum, career counseling, community development and life coaching. Her career has focused on health care, education and language retention.

“It is my honor and privilege to have this opportunity to serve at the pleasure of the Grossmont Healthcare District board,” said Murphy. “I have a lifelong commitment to quality health care and a desire to address unmet health care needs in our East County community. I look forward to supporting the other hospital board members and an excellent team of hospital administrators in a collaborative effort to offer quality care and exceed patients’ expectations.”

She has served in leadership roles for several colleges and universities, and has been awarded the Distinguished Educator of the Year award at the California Conference on American Indian Education.

Shirley was born in Oglala, South Dakota and grew up in nearby Pine Ridge and attended the Holy Rosary Indian Mission Boarding School. After high school, she served in the U.S. Navy for eight years.

With husband Hank, she was one of the founders in 1982 of a healthcare clinic that today is operated by the Southern Indian Health Council. She has lived with Hank on the Sycuan Indian Reservation in El Cajon’s Dehesa Valley since 1974. Hank is a member of the Sycuan Band of the Kumeyaay Nation. Shirley is an enrolled member of the Oglala Lakota Tribe of Pine Ridge, South Dakota.

Murphy was an appointed member of the GHD board from June until December 2008. Her previous experience as an elected public official was as a trustee of the Dehesa School District in the early 1980s.