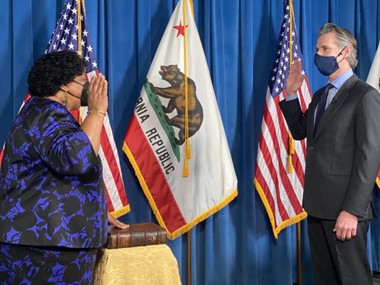 Governor Gavin Newsom stated that Secretary Weber, “will be at the helm of CA’s elections, defending & expanding the right to vote for all Californians.” 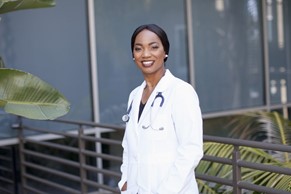 The deadline for candidates to file to run in the special election is Feb. 11, this Thursday. Since several candidates have filed so far, this will be a primary; a run-off between the top-two vote-getters will be held in June, according to Antonia Hutzell at the Registrar of Voters office.

Check this page for an update on candidates filing to run:  https://www.sdvote.com/content/dam/rov/en/filing-info/Candidate_List.pdf

Secretary Weber has endorsed her daughter, Dr. Akilah Weber, to fill her Assembly seat. Akilah Weber has received the San Diego County Democratic Party endorsement, with over 97% of the vote.

Akilah Weber, a Democrat, is a La Mesa City Council member and medical doctor at Rady Children’s hospital, where she founded the pediatric and adolescent gynecology division and UC San Diego Health. She is also an educator, serving as an assistant clinical professor at UCSD.

In La Mesa, she has worked to create a task force on homelessness and a police oversight board, as well as working to implement a climate action plan and efforts to protect public health during the COVID-19 pandemic. Akilah Weber’s endorsements include Senate President Pro Tem Toni Atkins, La Mesa Mayor Mark Arapostathis, labor leader Dolores Huerta and Calif. Treasurer Fiona Ma. 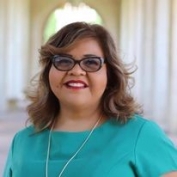 Leticia Munguia a labor leader and Democrat, has also announced plans to run. Her Facebook page states that she has served on the district council 36 at the American Federation of State, County and Municipal Employees and is former field director at the  Calif. School Employees Association.  She lives in Chula Vista and holds a B.S. degree in Criminal justice Administration at San Diego State University. She also studied at the Thomas Cooley Law School.  Her Facebook page does not let list issue positions or a website address.(Photo, left: Leticia Munguia) 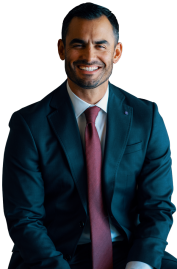 Marco Contreras, a Republican, has setu pu a website and announced plans to run, but has not yet filed his candidate papers. is a first-generation immigrant and USD graduate. A former football player with a degree in economics, he owns a customs brokerage business. He says he wants to be a voice standing for safe cities, fiscal responsibility, and putting education first, according to his website. (Photo, right: Marco Contreras)

“I’m running to serve our community by fighting to protect our rights and freedom to pursue life, liberty, and happiness,” he states on his website.  His endorsements include Republican Central Committee member Dan Bickford.

John Moore, also a Republican, has filed papers to run. He is listed as a retired businessman and broker.

Shane Parmely, a teacher and organizer, is a Democrat who has also filed nomination papers.

The removed comment made a personal attack on another poster, even denigrating their house. You can disagree with their views, but no personal attacks.

Thank you Miriam. For the record, our house is actually quite lovely. We have one of the largest living rooms in the world, the ABDSP (right over our back fence), and we are very proud of (and intentional about) our low carbon footprint! It is no secret that we are Greens, and gun owners. So we don't have any problem with people exploring Shelter Valley with google earth! In fact, Shelter Valley is the best place in San Diego county, great neighbors, 14 miles from the nearest gas station, and endless sublime places to walk about and explore. I wish more people had the opportunity to enjoy the ABDSP it like we do. It is a treasure for all San Diegans!
Great place to visit, although I wouldn't want to live there. Great hiking in the Shelter Valley area too, but watch out for the dogs down the end of the road although their bark is worse than their bite. I'd have to question your claims about a "low carbon footprint" considering the commutes between UCSD and EL Centro, hope your both driving electric vehicles!
See, we can have kind words. We lead very public lives, so I will tell you, we want an electric car, and to charge it with solar. We almost did it, but a 3 cylinder commuter is still 1/4 the cost for ~50mpg. In this time of Covid, we telecommute. (It sucks.) I hope that after Covid, more people will be able continue telecommuting. Shelter Valley is getting a proper cell tower soon, so it could become quite a nice place to live and work from for more people! So I'll just leave it that, wishing a good day to you 8East.
"What angered many at the time was that he used his father's name and didn't try to make voters realize that they weren't voting for the senior Hunter." When he was running for office I was at a fundraiser for a local charitable organization where I, in fact, overheard him commenting on the issue of the confusion that existed in the minds of some between son and father. He laughed about it at the time with some other folks at the event. Also, the signs from the first Duncan D. campaign looked to be exactly the same signs from his fathers last campaign. My wife and I both laughed at folks confusing the two since it appeared to be obvious to us that they were quite different. Caveat Emptor. At the time I was impressed by Duncan D.. He excused himself from the fundraiser to go to one of his sons sporting events. This impressed me in a positive way at the time. I am no longer impressed by him in any positive way.

since the filing deadline doesn't close until Thursday. Cool your jets.

Since this is a heavily Democratic district and Dr. Weber got the endorsement of her party with over 97% of the vote, it's likely she will win. We do plan to check after the filing deadline to see who actually qualifies for the ballot and invite those candidates to be interviewed, or at least whoever the Republican party endorses, along with Weber, depending how many candidates there are.

Weber is also the only candidate who as of press deadline had bothered to set up a website addressing actual issues, as oppposed to just a general statement. She is alsot he only one already holding elected offices so she has a voting track record, ie, more information to provide.

I don't know if this is a sock puppet account or not, but it sure does follow the familiar rhetoric and language of a number of other related accounts who have been caught, at times, arguing with themselves and mixing up their roles by not being logged into the the correct account for the sock puppet they are speaking as. And I can't find any evidence of a Michael Alena in the area, which also does not mean much. Respect if that is a real person using their real name, because that is a sure mark of seriousness and the value of a public comment. In any case, I don't know for sure, but what really does not work anymore are these kind of ad hominem attacks. Miriam is a respected journalist, award winning in fact and ECM has every reason to be proud of their many accomplishments. And you can take Miriam's responses as a sort of master class in dealing with cranks! Nevertheless, I am against family political dynasties. We have seen the damage.

What angered many at the time was that he used his father's name and didn't try to make voters realize that they weren't voting for the senior Hunter.

From left of liberal here, I totally agree with Michael Alena. I don't think that it is good for democracy when seats to become part of family political dynasties. I was against it with the Bush family, the Kennedy family, and the Clinton family, disasters all. And obviously we all saw where the Hunter dynasty led our district: to shame and some laughter. You end up OK-to-middling with the occasional Jerry Brown, but that is maybe the closest example to an exception that proves the rule. It is up to voters of course, but I argue it is a danger voters should certainly consider, and vote against.

lack of them.  We've certainly seen examples of kids of famous people who got elected and didn't live up to their parents' legacies, ie party boy George W. Bush and the ethically challenged Duncan Hunter.  Jimmy Carter's brother, Billy, was a family embarassment.

That said, Dr. Akilah Weber is highly intelligent and I know that members of the La Mesa Council in all parties respect her; she asks bight, targeted questions.  Maybe having a medical doctor who is also an educator isn't a bad idea during a pandemic, when a key challenge is how and when to reopen schools, plus she would likely continue her mother's efforts on racial justice issues.  I don't endorse candidates, and there may be other worthy ones in the race, but she's one cadidate I would not dismiss simply for following in her parent's footsteps.