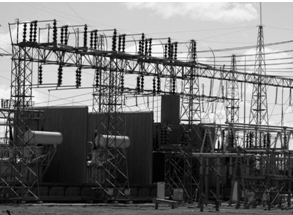 April 16, 2013 (San Diego’s East County) – A toddler living near the Kumeyaay Wind facility in Campo has had a tumor the size of a potato chip bag removed from her abdomen, Boulevard Planning Group Chair revealed  last night at an Activist San Diego event on energy issues last night.

Other people living near wind turbines and an electric substation in the vicinity have developed brain, stomach and kidney cancers—symptoms linked to exposure to electricity and stray voltage, as ECM has reported.

In East County, complaints of stray voltage have surfaced near electrical facilities including SDG&E substations in the Campo/Boulevard and Alpine areas, as well at homes near the Kumeyaay Wind facility in Campo operated by Infigen. Stray voltage 1,000 times above normal has been measured in homes of ill residents locally by an epidemiologist. Another recent study found an “an ongoing imminent danger” that could cause a fire and potentially, death.  That study concluded that the electric fields were likely coming from the Kumeyaay wind turbines or related substation and power lines--and recommended immediate correction. Yet nothing has been done to reduce the stray voltage or protect the health of those living nearby.

Perhaps this news will jolt operators into taking action: a California woman who was repeatedly shocked in her shower due to stray voltage from a nearby substation has won a $4 million lawsuit against Southern California Edison.  Similarly, in New York, a couple has filed suit contending that a utility substation has turned their home into a “house of horrors”, causing shocks when they turn on faucets or step outdoors.

The jury believed SCE was guilty of nuisance, negligence, and infliction of emotional distress in the case filed by Simona Wilson, 34, a mother of three young boys in Redondo Beach.  Moreover, $3 million of the total award was made up of punitive damages, since jury members believed that the electric company was guilty of "malice, oppression, or fraud.   http://news.cnet.com/8301-17852_3-57575821-71/woman-with-shocking-shower-wins-$4m-from-power-company/

In Westchester, New York, Hal and Millie Mendelson say currents from a substation run by NYSEG, the local utility, is so severe that they are on the verge of abandoning their multi-million home. The utility insists there is no stray voltage.  But the Mendelsons say the voltage began leaking  several years after the substation was built. They contend that they’ve been shocked n their shower, touching doorknobs and faucets.

They also blame voltage in the ground for causing their dog to chew the skin off her legs, causing such severe pain that they ultimately euthanized their pet. Other dogs and cats ran away, they report.

A consultant hired by the Mendlesons confirmed the problem and blames inadequate design, construction or maintenance of the substation. Millie Mendleson has said if something isn’t done to fix the problem, she fears, “somebody is going to die.” http://www.nypost.com/p/news/local/watt_to_do_HGFnltKVBXQRTdO94XIqdO.

That fear is echoed among families in East County, where cases of cancer and other health problems  continue to mount in people living near substations and wind turbines.