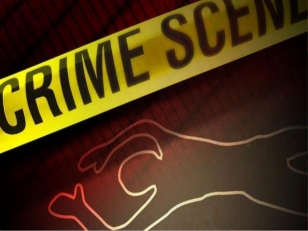 Updated April 17th with identiy of the victim.

April 16, 2018 (Ramona) – Sheriff’s deputies responding to a 911 call reporting gunshots and screams Sunday night shortly after 8:30 p.m. found a mortally wounded man on the ground in front of a home at 15921 Wood Rock Lane in Ramona, according to Lieutenant Michael Blevins.

The victim has been identified as 21-year old Ivan Nivinskus.  The county Medical Examiner has ruled the death has been ruled a homicide, caused by multiple gunshot wounds.

The Ramona Sentinel reports that the man told deputies, “I’ve been shot,” before losing consciousness. He was treated by Cal Fire paramedics but they were unable to save him.

The Sheriff’s SWAT team set up a perimeter in the neighborhood to try and prevent any suspect(s) from fleeing, but a search did not turn up any suspect.