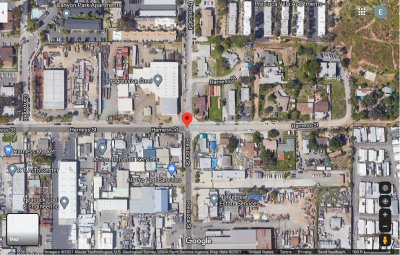 April 18, 2021 (Spring Valley) – Sheriff’s deputies responded to a report of a shooting around 5:30pm, Thursday, April 15, in Spring Valley. Upon arrival to the 1500 block of Presioca Street, they found David Martinez, 67, lying in the street, with trauma to his upper body. He was pronounced dead at the scene, says Lt. Thomas Siever.

According to an update by Siever, Martinez' autopsy Friday found the preliminary cause of death to be gunshot wounds to the head, and manner of death, a homicide.

Martinez may have been targeted specifically, according to Siever, reports FOX 5. "We don't believe that there is anybody running around Spring Valley that the citizens need to be concerned about at this point," they quote him as saying.