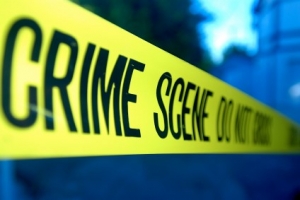 March 2, 2015 (El Cajon) – A dark Toyota Tercel occupied by two Hispanic men in their 20s that left Sycuan Casino shortly after 3:30 a.m. The Toyota reportedly followed a couple in a pickup truck, then opened fire just before the vehicle entered eastbound I-8 from the West Main Street onramp.  The driver of the pickup was struck by a bullet in his shoulder.

According to the California Highway Patrol, the 50-year-old driver of the 1989 Ford F350 pickup truck and his passenger, a 45-year-old woman from Lemon Grove, were seen having a conversation with the men who followed them at Sycuan Casino on Dehesa Road prior to the shooting.

It is unclear what the relationship is between the involved parties, according to the CHP.  The Toyota Tercel followed the pickup truck on surface streets, then pulled up alongside its left side just before the pickup entered the freeway frm West Main Street. One round lodged in the left rear door of the pickup and another struck the driver.

The Toyota sped off after the shooting, and the male victim drove his vehicle to Grossmont Hospital in La Mesa.  The victim has since been transferred to Sharp Memorial Hospital in San Diego.  The female passenger was not injured.

The freeway was shut down for twenty minutes while looking for further evidence. The investigation is ongoing and anyone with information please contact the CHP El Cajon Area Office at 619-401-2000.