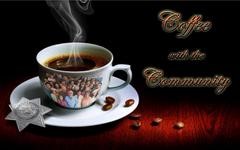 October 27, 2016 (Spring Valley) -- Marijuana dispensaries, homelessness, and the need for more deputies were the main concerns of the audience at the Sheriff’s “Coffee with the Community” in Casa de Oro today. San Diego County Sheriff Captain Marc Garmo spoke to and with an audience of 40 people for two hours at Butler’s Coffee House on Campo Road in Spring Valley.

He stated that there are 85 deputies in the department and encouraged residents to call the emergency (911) or non-emergency (858-565-5200) numbers whenever they have a concern. He briefly touched on the recent shooting in El Cajon and said, “In today’s law enforcement climate, officers do not want to be scrutinized.” He went on to explain that while they are often busy with emergency calls, they do want to be called and will respond to non-emergencies as soon as they are able to do so.

Nancy Ortiz, a crime prevention specialist also at the meeting, said that the Coffee with the Community meetings are one of many community outreach efforts taking place throughout East County. Past meetings have taken place in Rancho San Diego at the library and at Dolci’s Café in Rancho San Diego. Future meetings are planned and details will be posted at https://www.sdsheriff.net  under upcoming events.

Captain Garmo first spoke to the audience about community awareness. He said, “You know who fits in your neighborhood better than we do.” He reminded everyone to get a description of any strangers and to write down the vehicle description and license plate. He said, “You empower us to go out and do our job.” A member of the audience said she felt the community had the impression that law enforcement can’t do anything unless a crime is committed, but Garmo explained that if a deputy finds burglary tools or drugs in someone’s possession, they may be able to arrest the individual before they commit a crime. He added, “The public has more influence than they think.”

One audience member asked what would happen if Proposition 64 to legalize recreational marijuana passes. The citizen wanted to know what might happen to the number of pot dispensaries in the region. Garmo expressed serious concern about this because he comes from a drug enforcement background and is already concerned about the number of (illegal) dispensaries in our area, including 10 in Spring Valley and one in La Mesa. He added that six months ago one was shut down in Santee. While he cannot comment on the election, he did cite statistics from Colorado where they report homelessness has quadrupled in Denver and the drug cartels have doubled since marijuana legalization. He also said that in Colorado they’ve had an increase in DUIs and people are getting high and drunk. Garmo said the THC in edible pot is so high people are passing out.

A question was raised about the cost of hiring more deputies to help with traffic in downtown Casa de Oro. Garmo said the cost of adding a deputy sheriff (including a vehicle, computer, salary, pension, etc.) can be $250,000 per year. Garmo and the audience laughed a bit, talking about how this is not the deputy’s salary, which is about $80,000 per year. For comparison, Garmo said a new position, such as was created for the new Hollywood Casino in Jamul, will have higher costs at about $280,000 per year.

Asked about concerns over paintball vandalism on Mt. Helix (where several vehicles on Fuerte have reportedly been struck), Garmo said he knew of an issue on Halo but is not aware of any new problems.

At the conclusion of the meeting, Garmo thanked the Sheriff Department’s Senior Volunteers and encouraged any residents ages 50 or over to apply for the program.

Garmo is a 23-year veteran of the Sheriff’s Department. He is a graduate of Valhalla High School and a first-generation Chaldean-Arab American.

The meeting’s refreshments were hosted by Butler’s Coffee House, the Spring Valley Chamber of Commerce, and Spring Valley Lions Club.