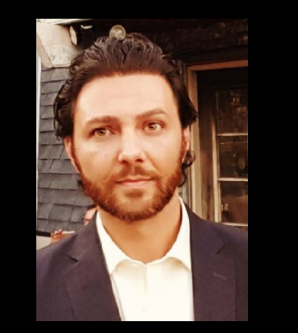 July 15, 2018 (El Cajon) – As the scandals involving Councilman Ben Kalasho mount, with 11 citizens calling for his resignation at the last City Council meeting, some community members are now asking why the City Council has not censured Kalasho, who has announced his intent to run for Mayor.

A judge in a civil case has deemed evidence true indicating Kalasho sexually harassed women and engaged in fraudulent activities, taking out fake identities online to cyber-harass and defame people as a means of vengeance. Kalasho has also harassed and defamed members of the media at multiple publications and is accused in a police report of threatening ECM reporter Paul Kruze with an attack dog, also posting inflammatory remarks that led to death threats against Kruze online.

There are several recent examples of jurisdictions in California that have censured elected members for far less.

Locally, the Otay Water District Board voted in April 2017 to censure board member Hector Gastelum for racially charged comments that he posted on Twitter. The Board stripped Gastelum of his committee memberships and prohibited him from attending any district functions except for Council meetings, 10 News reported.

A Salinas Union High School District board member accused of bullying teachers was formally reprimanded in a censure by fellow trustees last year, according to the East Bay Times.

A Long Beach councilwoman was censured unanimously by her colleagues on the City Council in May this year for violating the city’s code of ethics. The censure was due to scandals that came to light after a dispute with her former chief of staff, whom a police report revealed she had been dating for three years, the Long Beach Press Telegram reported. Allegations against her included sexual harassment and domestic violence. Citizens attempted a recall election, but failed to get enough signatures to put it on the ballot.

In El Cajon, a Councilmember cannot be removed from office unless he is convicted of a felony, misses three consecutive meetings without being excused, or if voters launch a successful recall election.

A censure carries no legal weight, but can potentially be used to curtail a members’ non-essential activities, as occurred in the Gastelum case. But it can convey a powerful statement to the public showing the elected board’s disapproval of the member’s conduct.

Some political pundits indicate that a censure can backfire, however, if the censured members can persuade voters that a censure was politically motivated to tarnish an election opponent, ethnic or racial minority, or an opposition party member.

Full disclosure:  ECM Editor Miriam Raftery raises the prospect of censuring Councilman Kalasho following months of harassment, threats and defamation targeting her and others, as well as the recent police report filed by reporter Paul Kruze accusing Kalasho of threatening him with an attack dog and putting his life at risk with posts that incited online death threats. Kruze has called on Kalasho to resign. These are our individual opinions and are not made on behalf of our organization. While reporters customarily make every effort to remain neutral even in the face of strong or unreasonable criticism, when our lives and livelihoods are threatened by abusive harassment or threats of violence, our greater obligation is to assure that the public knows the truth and that actions are taken to protect our reporters from harm and hold accountable anyone who has engaged in abusive, threatening or illegal conduct targeting our award-winning investigative reporting team.

A recall then. If that's the best, viable solution in getting him out, then someone capable should begin the procedure.

The drama and popcorn taste sweeter when you're a sports fan like me who generally doesn't care about any of these people!