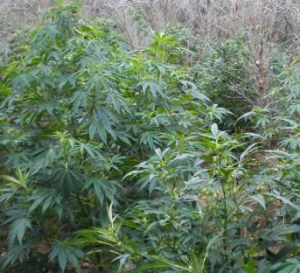 October 29, 2014 (La Mesa) – Medical Marijuana dispensaries are prohibited by code in La Mesa.  Proposition “J” The measure would require that City officials issue an operating permit and business registration to any dispensary applicant who demonstrates compliance with location requirements and presents a plan for compliance with operational requirements.

The measure, placed on the ballot by a petition signed by the requisite number of voters, would amend the Municipal Code to repeal that prohibition and authorize dispensaries to locate (without size restrictions) in non-residential zones appropriate for commercial, manufacturing, industrial or retail sales uses, including health care uses.

Supporters argue that the measure will ensure that patients and sick residents are able to conveniently access medical marijuana.

Opponents argue that the measure will increase drug abuse and drug-related crime in the city. They also point out that the city attorney's impartial analysis of the measure says the legal authority of the city to impose a 2.5 percent sales tax only on marijuana and enforce several other provisions in the initiative is questionable according to state and federal law.

The measure would prohibit law enforcement officials from arresting, prosecuting, or seizing marijuana from, qualified patients, caregivers and dispensary personnel who comply with the terms of the measure and applicable state law.

The measure imposes a two-and-one-half (2.5) percent sales tax on every transaction involving medical marijuana in the City, which would be reduced to one (1) percent if a statewide tax is imposed on such transactions. Any such taxes collected would be deposited in the City’s general fund to be used for general governmental purposes.

Proponents say that the Compassionate Care Act of California legalized medicinal cannabis in 1996 and municipalities have failed to make provisions for safe access to the medicine and as a consequence Cartel and Black Market drugs fill the void.  They say measure J is win-win-win. “We make sure our children don’t have access to medical marijuana, we ensure patients have safe reliable access to their medicine, and we stand up to the drug dealers.”

An independent evaluation of the Proposal by the La Mesa City Attorney raises some serious problems with the details of the proposed ordinance. “ A legal question exists as to whether the measure’s taxation provisions, which propose a unique City tax on medical marijuana exceeding the uniform sales tax rate imposed by California law, would require the Board of Equalization to cease collecting all sales tax in La Mesa.

Additionally, legal questions exist as to whether California and/or federal law authorizes the operation of dispensaries in the manner authorized by the measure including: (1) because marijuana is illegal under federal law, whether the City would be in violation of state and/or federal law by issuing dispensary operating permits as required pursuant to the measure; (2) whether City employees who issue permits as required pursuant to the measure might be prosecuted by the federal government for violating federal criminal law; and (3) whether the measure improperly attempts to amend state criminal law by altering the ability of state law enforcement officials to arrest and prosecute individuals for state law violations.”

Whatever reservations the City Attorney has about the Law one thing seems certain:  there will be challenges to the measure.   Certainly there will be lawsuits.   Subjecting City employees to possible criminal prosecution is hard to justify.

The third concern of the City Attorney has to do with altering the ability of Law Enforcement to do its job by writing regulations that are different and more permissive than the State law allows.

Measure J is illegal by state and federal standards. State law already allows for an enclosed network exchange of marijuana under which the County Sheriff has the responsibility to inspect the product providers.  Under Proposition J the dispensary owner would be required to assure the police that the product comes from patients able to share their surplus marijuana through an exchange agreement but there is no provision in the law for enforcement or verification.

The idea that the Federal Government would bust local dispensaries seems remote.   Since Marijuana is still rated a schedule one drug the same as heroin and crystal meth the Federal Government, FBI, Homeland Security, DEA or Border Patrol can arrest you for possession.  That is unlikely under the Obama Administration but that could change.

Frank Simbocacus, candidate for State Senate said, “Regulation and sales of medical cannabis should be the domain of the State of California not every City, Town and Municipality each having their own laws.  Enforcement becomes a nightmare. “

Two thirds of Californians agree that medical cannabis should be available to those who need it and access should be safe and discrete.  There is already one Certified Collective in San Diego County and although it is in El Cajon they offer delivery service throughout the County.   If Measure J passes access to medical marijuana in La Mesa will certainly be more convenient.  But voters have already rejected pot shop ballot measures in Lemon Grove, Imperial Beach, Del Mar and Solana Beach; San Diego has also tried unsuccessfully to regulate pot shops, leaving the medical marijuana dispensary business largely lawless in our region.

I lived in La Mesa from 1964 till 2001. Looks like I left just in time. The whole place started going to "pot" when the trolly moved in. Good luck. You will need it.
I would like to thank everyone in La Mesa that voted for Prop J, and everyone that has contributed to and worked on the campaign. It means so much to the seriously ill patients that anyone cares. Come on down and join us at Swami's tonight, Election Noght, 8-9 pm at Swamis. Everyone is welcome, come on down. Vey Linville Secretary San Diego Chapter Americans For Safe Access
Yes already. It is a proven fact that patients can benefit and get relief from pain and discomfort. When my mom was dying, my sister who is a Registered Nurse cared for her and we used the weed as a part of her treatment.