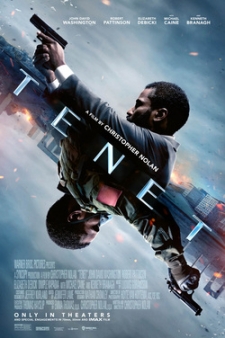 September 3, 2020 (San Diego’s East County) – The  magic of movies on the big screen returns after months of shutdowns due to COVID-19.

Both chains have also rolled out new procedures to protect guests  in compliance with CDC health guidelines and state safety regulations.

Reading Cinemas welcomed back guests today at its Grossmont Center theater in La Mesa and its Town Square location on Clairemont Drive in san Diego. Director Christopher Nolan’s highly anticipated Tenet will open September 3 at both locations. Audiences at Reading Cinemas Grossmont can experience Tenet in one of cinema’s most glorious formats – 70mm film – where industry veteran, Reading Cinemas’ Director of Projection & Sound John Sittig, is overseeing this unique operation. Sittig has worked alongside some of the industry’s most important filmmakers in Hollywood.

He stated, “Watching Tenet at Reading Cinemas in Grossmont in 70mm or in a TITAN XC environment will give cinemagoers an ideal opportunity to enjoy this thrilling spectacle in a format that visionary director Christopher Nolan would want his audience to see it.“ Reading Cinemas Grossmont houses two of the largest auditoriums in San Diego, and in addition to the 70mm option, guests can also choose to see Tenet in TITAN XC.

Reading Cinemas also presents The Personal History of David Copperfield. This charming interpretation of the Dickens’ classic, which has already garnered a 94% critics rating on Rotten Tomatoes, stars Oscar-nominee Dev Patel (Lion, Slumdog Millionaire) as David Copperfield and is directed by Armando Iannucci (In the Loop, The Death of Stalin). Other new releases at Reading Cinemas on September 3 include Russell Crowe in Unhinged, The New Mutants and Words on Bathroom Walls (Town Square).

Tickets for all films are on sale now via the Reading Cinemas mobile app and at www.ReadingCinemasUS.com.

Guests are encouraged to buy tickets in advance and arrive no more than 30 minutes before showtimes. Seats are assigned with six feet between parties. HVAC filters have been upgraded to improve air quality, seats and armrests will be disinfected after each use, and no cash will be accepted.

Reading operates theaters in the U.S. , Austrailia and New Zealand.

“Reading Cinemas has been working hard to enrich safety protocols and to train our team to abide by federal, state, local and industry guidelines,” said Division Manager Jennifer Deering. “We are delighted to welcome back the community and want to ensure the safest environment possible for our guests and staff.” 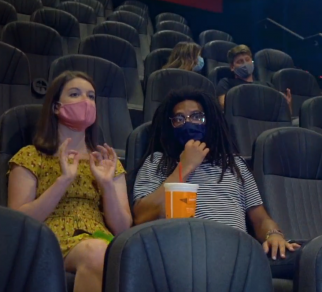 New-release movies at Regal Cinemas this week include Christopher Nolan’s Tenet, as well as Unhinged, The New Mutants, Greenland, The Personal History of David Copperfield and Broken Hearts Gallery.  A slate of highly-anticipated movies scheduled to release throughout the remainder of 2020, include Wonder Woman 1984, Black Widow, No Time to Die, Soul and many more.