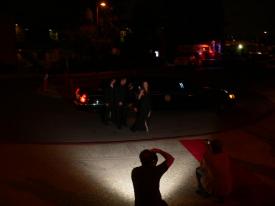 Update June 21, 2013: The Council's final vote, originally scheduled for July 25, has been postponed to July 9 due to a key staffer's vacation schedule.

June 20, 2013 (El Cajon ) – The El Cajon City Council has allotted $2.8 million in its budget to restore and reopen the East County Performing Arts Center (ECPAC)  next summer, Councilman Gary Kendrick told ECM.  “I proposed  that we open up the performing arts center and everyone was on board with that. We’re out of the great recession,” he added. “This is a time to do great things for the city.”

The money  set aside and will be available as of July 1, 2013,”said Kendrick.   Council voted unanimously for a preliminary budget with the ECPAC funding and will take a final vote on Tuesday, July 9.  “People interested in the performing arts center should definitely come for Tuesday’s meeting.”

Kendrick added, “We’re going to hire a professional manager to run it, someone who knows how to manage a theater."

The theater has been closed for several years due to extensive repairs needed to the roof, lack of compliance with the Americans with Disabilities Act (ADA), and the fact that the theater was a financial drain on the city during hard economic times.

Renovations will include making the structure compliant with the  ADA and repairing the roof, not replacing “because it’s still structurally sound,” Kendrick said.   Additional details will be available Friday afternoon in a report from the city maanger on the City’s website.

Just a year ago, Council weighed a proposal to tear down the theater and build a hotel on the site.  That proposal was rejected after public opposition, including formation of a Save ECPAC group that evaluated previous proposals and came up with lower cost options including repairing the roof instead of replacing it.

Ray Lutz, organizer of Save ECPAC, called it “good news” that the Council is serious about opening the theater. Though he has not seen details of the plan, he voiced hope that the city will “want to make good on their investment…and turn it into the diamond it should be.”

Earlier this year, some Council sought to forge a partnership with the Grossmont Union High School District for joint use of ECPAC as well as construction of a new multi-use facility adjacent to the theater. But that plan never came to a fruition in part due to teachers’ objections over having students utilizing a facility off-campus.

While details are not yet released on all facets of the theater, programming is expected to include a broad mix including community groups, road shows and even some headliners—despite the fact that headliner shows typically lose money, but are popular with fans.

“We know that we have to subsidize the theater because no theaters can make it without subsidies,” Kendrick observed. He likens the decision to subsidize the arts center to subsidizing the Parks and Recreation Department for the good of the community.

Kendrick estimates the subsidy will be in the $200,000 to $400,000 a year range, however much of that is expected to flow back into city coffers through increased sales tax as theater patrons spend money at local shops and restaurants downtown.

“We did a test when Christian Community Theater ran it,” Kendrick recalled. “I got in front of the audiences and asked them to exchange money for $2 bills and use them at local restaurants.”  Over several shows, merchants downtown reported cash registers “were filled with two dollar bills. The money invested in the arts definitely does come back to the community,” Kendrick concluded.

Kendrick praised the City Manager for “thinking outside the box” to create a win-win situation for the city and arts aficionados.

The city’s change of heart on subsidizing the theater has resulted largely due to an improved economy, buoyed by sale of the former Police Station property.

“We ended last year with a $4.5 million surplus,” Kendrick said. “Car sales are up and we’ve been doing promotions with the car dealers. Oversall sales tax revenues are up and the city is doing very well economically.”

Many businesses formerly vacant are now open on Main Street and there is a “good chance” that a hotel will open up within the next year and a half at Rea and Magnolia, close to the theater.