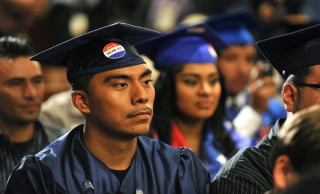 January 23, 2018 (Washington D.C.) – Both houses of Congress have approved a short-term spending bill to reopen the federal government, but only until February 8th.

The compromise measure includes six years of funding for the Children’s Health Insurance Program which had expired at year’s end.  But Democrats failed to win Dream Act protection from deportation for young immigrants or Dreamers, settling on a mere promise from Republican  Majority Mitch McConnell to address the issue in a separate immigration bill with no guarantee of passage.

The measurer passed the Senate 81 to 18, opposed by California’s two Democratic Senators, Kamala Harris and Dianne Feinstein. In the House, the bill passed by a 237 to 197 margin. Among San Diego's representatives, Republicans Duncan Hunter and Darrell Issa voted for the bill, while Democrats Scott Peters, Susan Davis and Juan Vargas voted against it.

Senator Harris issued this statement after the vote: ““The Majority Leader’s comments last night fell far short of the ironclad guarantee I needed to support a stopgap spending bill.” She added, “I refuse to put the lives of nearly 700,000 young people in the hands of someone who has repeatedly gone back on his word.” Harris pledged to do everything in her power to continue to protect Dreamers from deportation.”

Senator Feinstein also spoke out, saying she voted no on the bill for one reason, “It didn’t include the Dream Act, as has been repeatedly promised.” She added, “I’m frustrated and angry that once again we were prevented from voting on that bill.”

The Dreamers are immigrants brought to the United States as children and until recently protected from deportation by the Deferred Action for Childhood Arrivals program or DACA. Many speak only English and do not know the country of their birth. More than 200,000 live in California. To qualify for DACA, these young immigrants cannot have criminal records, and the vast majority hold jobs or are attending school.

But the clock is ticking, causing anxiety among immigrant families. President Donald Trump repealed DACA, a program created by an executive order issued by President Barack Obama.  Trump gave Congress six months to pass legislation to protect the Dreamers, or they will face deportation starting as early as March.

Most Democrats ultimately voted with Republicans to pass the short-term funding bill, leading President Trump to taunt Democrats for “caving”  on the issue.

But with the short-term funding bill set to expire February 8th,  Democrats, Independents and some moderate Republicans who favor protecting Dreamers will have another opportunity to negotiate protections into a longer term government funding bill, but may have to take a hard line and be willing to take the heat for forcing yet another government shutdown if McConnell does not get legislation to protect young immigrants passed before then.  Any hope of protection for Dreamers would likely require Democrats to approve funding of a border wall and/or stricter limits on new immigration to gain supporter from hard-line conservatives in the Republican Party.