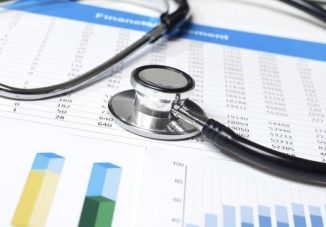 Photo:  CoveredCA says 80 percent of people using its website to find health insurance are eligible for a subsidy to lower their premiums. (Goir/Stockphoto)
January 12, 2019 (Sacramento) - People who want to sign up for health insurance using the Covered California marketplace have only four days left – because open enrollment ends January 15th.

That's two weeks earlier than last year. You can go online to 'CoveredCA.com' and use the "shop and compare" tool to find out which plans are available and whether you qualify for a subsidy.
James Scullary, broadcast and media relations chief for Covered California, says even five years in – lots of eligible people don't even apply.
"What we've found is that some people still don't know about the financial help that is available, or mistakenly think that they're not eligible for it,” says Scullary. “And that's significant, because the average consumer saves 80 percent off their premium."
You can also speak to an enroller over the phone at 800-300-1506, or click the "Find Help" button on the website, type in your ZIP Code and set up an in-person meeting with a local enroller.
Scullary says it's a big gamble to go without health insurance, when unforeseen illness or injury could mean hundreds of thousands of dollars in debt. He notes that last year, 50,000 people with 'Covered CA' plans fought cancer, and 22,000 suffered fractured shoulders.
Scullary says even though Congress eliminated the individual mandate to buy health insurance, Covered California is signing up people at a pretty good pace – just not as fast as last year.

”Through December 31, we had about 238,000 new consumers sign up for coverage during the open enrollment period. That's in addition to about the 1.2 million existing consumers who are renewing their coverage for 2019. "

New Governor Gavin Newsom has said he will push for a state law reviving the individual mandate.

"CoveredCA says 80 percent of people using its website to find health insurance are eligible for a subsidy to lower their premiums" OK, how are these applicants getting subsidities? Answer.........our of the "working Californian pockets". Gavin Newsom is not supporting or advocating the Free Enterprise System whereby you work for what you get.