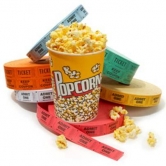 January 31, 2010 (San Diego’s East County) -- The Lovely Bones is a movie that had me sitting on the fence the entire time I was watching it, right down to the end credits. This was a film where it isn’t as easy as yes or no in terms of recommending it and strong arguments can be made from either side.

On one hand the movie is very splendidly made. Set in the early 1970s, it has an authentic atmosphere of the time period. The Partridge Family is on TV, the soundtrack includes hits such as the Hollies’ Long Cool Woman in a Black Dress, and the interiors are decorated in a garish 1970s style. The special effects involving the netherworld are absolutely astonishing. More on that later.

The acting is also well-done. Mark Wahlberg and Rachel Weisz consistently have the right notes for playing a grieving couple whose rape and murder of their oldest daughter nearly tears their marriage apart. The villain in this piece is played by Stanley Tucci, who is uncomfortably convincing as the pedophile and murderer.

On the other hand, The Lovely Bones is uneven in tone. The beginning is difficult to watch because scenes alternate between saccharine and horrific. There are times when I felt the movie was shamelessly manipulative. Here we have a very happy family and a girl, Susie Salmon (Saoirise Ronan) with dreams of being a world-famous photographer. Unfortunately, in foreshadowing that is as obvious as John Steinbeck’s Of Mice and Men, she lets us know from the get go that she’s going to be murdered by a neighbor.

Fortunately, the film’s major problems occur primarily in the first thirty minutes. After that it becomes a more balanced film. Susie, surrounded by very sumptuous CGI, watches over her family as they try to cope with their loss. The father is obsessed with finding the killer. The mother moves across the country to get as far away as she can from this ordeal. The sister soon suspects the weird neighbor but doesn’t say anything.

The CGI is spectacular to say the least. The only complaint I have is it tended to dwarf Susie. I found myself at times more interested in the world she created, which includes among lots of other things beaches with gigantic ships in bottles sailing ashore, than Susie. Special effects, at least to me, must help tell the story and the only time it actually serves that purpose is reserved for the end, when she learns a startling revelation. Before this, the CGI felt to me like a showcase. But what a showcase it is.

Now the question is do I recommend the film? The answer to that is a mild yes. It is certainly not Peter Jackson’s best work, especially in comparison to his most recent films. Strong arguments could be made but I feel the good outweighs the bad in this case, albeit not by a large margin. The Lovely Bones was a difficult film to watch, especially at the beginning, but it is good enough for me to recommend. After all, I like films that challenge me and make me think-- and the film succeeded on both counts.