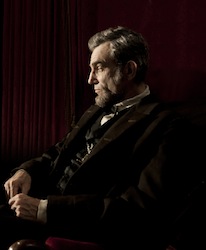 November 16, 2012 (San Diego) – Earlier this year I interviewed for a volunteer position.  The interviewer looked at my resume and asked, "What's your least favorite part of being a film critic?"  I was stumped.  My work at East County Magazine unites two of my biggest passions - movies and writing - and I love doing it so much that it never occurred to me there was something that I least enjoyed about it.

After months of reflection, I now have an answer.  Far too often I get bombarded with questions from family, friends, and colleagues like, "What did you think of so-and-so movie?"  Anyone who is familiar with me on a personal and professional level know that I am an infinitely better writer than a speaker.  If you read my writing and later met me in person, I guarantee you'd be amazed at the difference between my spoken words and my written words.  When I do oblige, usually all I can muster up is, "It was good," or, "I didn't like it.”

Even when I do come up with something a lot less generic, it still isn't much.  As I talked with a colleague following the Lincoln screening, I could only describe it as “turgid.”  I knew somewhere in my mind why it was turgid, but I couldn't get it out in words, or at least in coherent words.

Steven Spielberg directs this retelling of the 13th Amendment’s passage.  Set during the months before his untimely assassination in 1865, the Republican President (Daniel Day-Lewis) wants abolish slavery and end the Civil War.  He imposes on his state representatives a constitutional amendment to do so.  This isn't going to be easy: three-quarters of the states must ratify it, which means Lincoln and the Republicans must convince enough Southern pro-slavery Democrats to break party ranks to get the needed votes.

Daniel Day-Lewis doesn’t merely play Lincoln.  He is Lincoln.  The most surprising element of his performance is the degree to which he restrains himself.  He rarely, if ever, raises his voice.  So eloquently does he speak, that it attracts attention like a magnet.  His every word is imbued with a no-nonsense intelligence.  He may be mild-mannered, but the way he conducts and projects himself within this emotional self-discipline is imposing.

The screenplay, adapted from the bestselling book Team of Rivals, is a sure-fire candidate for an Oscar.  The dialogue is articulated, intelligent, and powerful.  Usually, I'm drawn more by visuals than I am by sounds.  Lincoln is an exception.  My eyes kept trying to analyze the cinematography and production design, which I consider the most essential elements of movies, but the script held my ears hostage.  I have a feeling students of screenwriting will analyze it in the years to come.

Characters spouting line after line of eloquent, literary-quality dialogue, and monologues, both small and extended, are routine.  Herein lies the major issue that plagues Lincoln.  No matter how astonishing Day-Lewis' performance is, there's so much monologue and talk that it gets burdensome.  This overabundance of dialogue renders the movie - which runs two and a half hours - congested, bloated, and distended.  Eventually, it gets tiresome to the point where you can’t help but tune out.  What remains are dominating performances lost in a sea of pomposity.

Janusz Kaminski’s cinematography does little to alleviate it.  The monotonous dark blue color palette - sometimes pierced by orange candlelight and daylight – brings this potentially rousing film emotionally down.  The blue creates an unhealthy subtext of dead seriousness that drains all traces of energy and spark.

Even worse is Kaminski's unfortunate tendency to cram the characters into as much of the frame as possible.  No matter how big the room is, it’s like everyone’s cramped in an elevator.  Scenes with Abraham and Mary Todd are too “boxed in,” despite the frequent avoidance of close-ups.  The building where the 13th Amendment is ratified is chock full of Congressmen and Representatives from top to bottom and left to right.  It gets stifling after a while.

Despite my misgivings and my mixed review, I would not in the very least discourage you from seeing it.  While Lincoln’s faults ultimately outweigh its positives, the difference is slight.  This is a noble and important film that deserves to be seen.  I just don’t think I’ll be seeing it again.