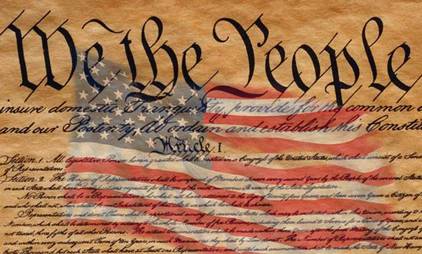 December 15, 2016 (El Cajon) -- More than 400 middle and high school students from throughout San Diego and Riverside counties will converge at Grossmont College Dec. 15 and 16 to compete in a series of simulated congressional hearings testing how well they know the Constitution. Eleven middle and high schools are taking part in the innovative educational program titled We the People… The Citizen and the Constitution, which is now in its 29th year.

The program is sponsored by the Center for Civic Education, Grossmont College, and the Cuyamaca College Constitution Education Committee. The Elks Lodge of El Cajon provides major funding for the event.

The competition gets under way at 9 a.m. both days, with an awards ceremony to follow at 12:30 p.m. Events will take place in the 500 building, just north of Griffin Center, at Grossmont College, 8800 Grossmont College Drive, El Cajon, 92920.

Students who have completed a curriculum focusing on the Constitution will ‘testify’ on various Constitutional issues during the simulated congressional hearing before a panel of judges comprising educators, attorneys, legislators, business owners and members of the Elks Lodge. Classes from the 11 schools are divided into six teams of three to seven students each. Teams, before the event, were assigned questions to address, all of which will lead to four minutes of prepared testimony followed by six minutes of questioning from the panel of judges. Teams are scored on how well they respond to the assigned questions and on their application of Constitutional principles.

“By making the formal oral presentations and working cooperatively as a class, students enhance their knowledge of the Constitution and develop a real appreciation for their rights as American citizens,” said Tony Zambelli, who coordinates the program.

The winning high school team will move on to a statewide competition in the spring for a chance to compete at the national competition in Washington, D.C. All participants receive a certificate of achievement signed by their local state representatives.