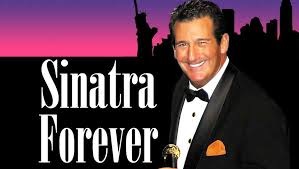 September 26, 2017 (El Cajon) – Rick Michel, a master impressionist who has performed and headlined in Las Vegas since 1981, will present “Sinatra Forever,” a show focusing on the music of Frank Sinatra. Michel has been called “the closest thing to Sinatra we have ever heard” by Variety.

Michel has been touring his “Sinatra Forever” show around the country as well as internationally with performances in Canada, Mexico and Chile. More than half the members of his orchestra are musicians that played with Frank Sinatra. They will back Michel in his 22-song set that will cover everything from Sinatra classics such as “Witchcraft” to even lesser known hits such as “I’ve Never Been in Love Before” from the musical “Guys and Dolls.”

One of the world’s finest pop vocal groups of the modern era, Human Nature will be performing at Sycuan Casino on March 22. Since signing to Sony Music Australia over two decades ago, Human Nature has sold more than 2.5 million albums, earned 27 platinum awards, scored 17 Top 40 hits and have had five Top Ten tracks worldwide.

Their hits include “Wishes,” “Don’t Say Goodbye,” “Don’t Cry,” “Eternal Flame,” “He Don’t Love You,” “When You Say You Love Me” and their collaboration with John Farnham, “Every Time You Cry.”

Tickets for Sinatra Forever will go on sale on Friday, Sept. 29. Tickets for Human Nature are on sale now.

Stay tuned for additional concert series announcements. Concert tickets can be purchased online at www.sycuan.com or at the Live & Up Close box office located at Sycuan Casino.