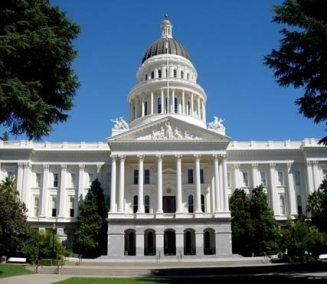 Update: The author did not bring this bill up on the Assembly floor by this session's legislative deadline, due to lack of enough votes for passage.

On Thursday, a key Assembly committee approved a controversial proposal to create a state-funded single-payer health care system — a move that could put many Democrats, and ultimately Gov. Gavin Newsom, in a tough bind ahead of this year’s elections.

The bill is now slated to go before the entire Assembly for a vote — and it must pass by Jan. 31 in order to stay alive. That possibility was foreclosed in 2017, the last time a single-payer proposal came up for consideration, when Assembly Speaker Anthony Rendon shelved the measure without a hearing, protecting Democrats from a politically sensitive vote on a progressive priority with no plan to pay for it.

But, as CalMatters political reporter Alexei Koseff notes, lawmakers who have gladly dodged the issue for five years will now have to take a position — and there’s a price tag attached. A legislative analysis released Thursday estimated single-payer could cost California between $314 billion and $391 billion annually, financed by a series of tax hikes on businesses, workers and high earners. Single-payer supporters, however, say that sum is smaller than what Californians pay for private insurance.

The single-payer proposal is divided between two bills — one that would create a program called California Guaranteed Health Care for All and one that would fund it via increased taxes. Lawmakers are scheduled to vote on the former — which was amended Thursday to clarify that its ability to actually go into effect is “contingent on a statute to create revenue mechanisms” and a report analyzing its fiscal viability.

But those contingencies don’t make the political calculus any easier — particularly for moderate Democrats caught between the party’s progressive base and an ardent opposition campaign led by the powerful California Chamber of Commerce and health insurers.

Nor does it make things easier for Newsom, who, despite campaigning on single-payer health care in 2018, said last week he hasn’t read Democrats’ proposal to create such a system. Instead, he touted the perks of his own plan, which would expand access to Medi-Cal, the state’s health care program for low-income Californians, to all eligible residents regardless of immigration status.

Newsom: “Ours is funded. Ours is budgeted.”