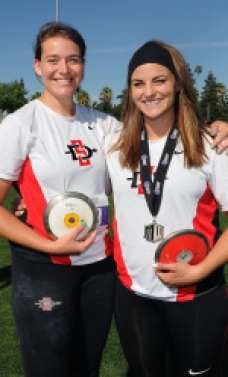 Singleton, Glenn, Auzenne and Henderson set a school record in the 100 with a time of 43.55 in the prelims on Thursday.  Auzenne's 13.27 time in the 100 hurdles prelims is the sixth fastest time in SDSU history.

Henderson, meanwhile, has qualified for the U.S. Olympic Trials in both the 100 and the 200.