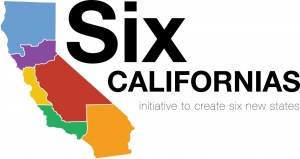 The measure had been backed by billionaire Tim Draper, who had argued that California had become ungovernable and that smaller states would be more responsive to the people. The Silicon  Valley venture capitalist called it an opportunity to “reboot” California. But as ECM previously reported, opponents raised concerned that smaller new states would lack funds to adequately address issues ranging from water to highway maintenance to public universities.

Draper has stated that his campaign will review the rejected signatures.   Opponents called on him to instead, join in focusing on the needs of “our one Golden State,” the Sacramento Bee reported.

Assembly Speaker Fabio Nunez, chairman of One California, a group opposed to the initiative, said, “The implosion of this ballot measure spares us from a two-year campaign of bashing our great state, which continues to be the nation’s bastion of innovation, diversity and progress.”

The measure would have lumped San Diego County in with Imperial, Riverside, and San Bernadino Counties. Most of the state’s wealth would have been concentrated elsewhere. The new state of Silicon Valley would have become the nation’s richest state.

Even if the measure had qualified and been approved by voters, however, it would still have required Congressional approval.

The proposed initiative drew the attention of late-night comedians, including the Colbert Report, that poked fun at what he called the “California Schemin’ plan.  View video (note, it continues after the commercial break with an actual interview with Draper): http://thecolbertreport.cc.com/videos/w0dhco/six-californias

You can't make this stuff up. Tee Party? It makes no sense. Let's divide Campo into seven towns.