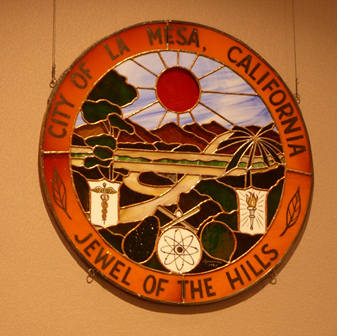 August 9, 2021 (La Mesa) – La Mesa voters will have six candidates on their ballot for a Nov. 2 special election to fill the vacancy left by Dr. Akilah Weber’s election to the state Assembly. Some candidates who pulled papers did not qualify or dropped out, and one is a last-minute entry.

Here are the six candidates who have qualified:

Mejgan Afshan, daughter of Afghan refugees, grew up in La Mesa and City Heights, according to her bio.  She is cofounder of Borderlands for Equity, a civil rights nonprofit, and a founder of the East County Justice Coalition. She has worked for the International Rescue Committee, CAIR San Diego, and is Treasurer of the San Diego Refugee Forum.  She also worked for House Speaker Nancy Pelosi, then-San Francisco Mayor Gavin Newsom, and the San Diego County Democratic Party.

Kathleen Brand is a senior planner for the city of San Diego and previously worked as a landscape architect. She is a member of the La Mesa Community Services Commission.  Originally from Illinois, she studied at the Denver Institute for Horticultural Therapy and studied landscape architecture at the University of Wisconsin in Madison. Her specialities include park design and green street design, according to her Linked In page.

Patricia Dillard says she is running to provide all La Mesans with access to economic opportunities, healthy neighborhoods, and high quality education. Her campaign website states that she has lived in La Mesa since 1996 with her family. A registered Democrat and minister’s wife, she works with Western Capital Mortgage and holds a master’s degree in organizational leadership. She currently serves as Vice Chair of La Mesa’s Community Police Oversight Board.

Laura Lothian, a realtor with a business in the La Mesa Village, has run on a pro-business platform multiple times in the past for council and mayor, but did not win.  In 2020 she was endorsed by the county Republican party. She also serves on the La Mesa Village Association Board, the merchants’ group representing the downtown area, and has called for beautification of the village. She supports police and opposed formation of the Community Police Oversight Board.

Michelle Louden is among the latest to announce her candidacy. She has not yet returned ECM’s email or phone messages and an Internet search turned up no information as yet on her candidacy.

Tony Orlando pulled papers to run, but later told East County Magazine that he has decided not to run and instead will endorse Lothian. He serves on La Mesa’s personnel appeals board and is pastor of Lifepoint Church.

Jim Stieringer former La Mesa City Treasurer and Treasurer of Grossmont Healthcare District, has also served on the Grossmont High School District Board. Stieringer lost his reelection bid on the GHSD in 2020 after redistricting, drawing criticism for a flyer identifying himself as part of a “progressive team” though he was registered as a Republican.  Stieringer is a retired U.S. Air Force captain and retired contracts manager for Teledyne Ryan.