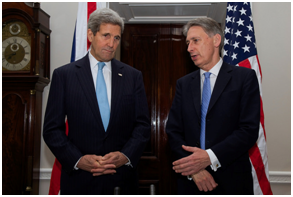 November 18, 2014 (Jerusalem) – Two Palestinians armed with guns and butcher knives opened an attack inside the Kehilat Bnei Torah Synagogue  synagogue in Jerusalem early this morning, killing four rabbis and a police officer.  Three of the rabbis were American-Israeli citizens.

The Jewish Federation of San Diego issued a press release stating, “We are shocked and appalled by the horrific attack on innocent worshipers that took place in Jerusalem earlier today. As a community, we send our condolences to the families of the victims and wish a speedy recovery to the injured. …The recent wave of terror attacks and acts of violence in Israel is outrageous and completely unacceptable, but today’s attack on innocent people praying in a synagogue is incomprehensible. We call on the entire global community to join us in condemning this attack in the strongest possible terms, immediately and unconditionally.”

President Obama condemned the violence. "There is and can be no justification for such attacks against innocent civilians," he said. "The thoughts and prayers of the American people are with the victims and families of all those who were killed and injured in this horrific attack and in other recent violence."

The attack has been denounced by world leaders including Palestinian Authority President Mahmoud Abbas, though Abbas also called for an end to what he called Israeli “provocations.”  But Hamas praised the killers as “heroes” and posted on Facebook that the synagogue slaughter was retaliation for a slain Palestinian bus driver.

Israeli Prime Minister Benhamin Netanyahu has pledged that Israel will respond “harshly” to the attacks on worshipers in the synagogue.

San Diego Jewish World compiled this list of reactions from other world leaders:

Americans for Peace now also denounced the action but called on both Israelis and Palestinian leaders to “put an end to inflammatory actions and rhetoric that would further intensify the bloodshed. They must fight terrorism and incitement. At the same time, they must also seek ways to engage diplomatically to reach a political settlement for the conflict—the only way to avoid perpetual bloodletting between Israelis and Palestinians.”

World Jewish Congress President Ronald Lauder called on Palestinian president Abbas to speak out against extremists in his ranks.  “Mr. Abbas has been placating them,” he said, adding, “If he wants to retain any credibility he must show strong, unequivocal leadership now. Failure to do so would have catastrophic consequences and would probably put a stop to the peace process for many years to come.”

The Republican Jewish Coalition’s David Flaum offered prayers for peace and healing,  offering cross-party praise Secretary of State Kerry.  “Secretary of State Kerry was right to place a heavy measure of responsibility for this horror on a Palestinian leadership that has tacitly and explicitly encouraged terrorist violence. We urge members of the Obama administration to adhere to this standard of moral clarity in all their statements and actions during the difficult days ahead.”

Robert Sugarman, Chairman, and Malcolm Hoenlein, Executive Vice Chairman/CEO of the Conference of Presidetns of Major American Jewish Organizations, concluded, “We stand in solidarity with the people of Israel and pray that the unity shown today can be carried forward as the people of Israel and Jewish communities around the world unite to fight anti-Semitism, terrorism and the anti-Israel delegitimization campaign. We stand with the government of Israel as it seeks to protect all of its citizens and assure safety on its borders and in its cities.”

didn't matter compared to these five, apparently. news report: The Palestinian death toll in Gaza stands at more than 1,800, with nearly 10,000 wounded, Gaza's Health Ministry said Sunday. More than 300 children have died, the ministry has reported, as the United Nations repeatedly raises concerns about the high number of deaths in Gaza. Hypocrisy reigns.