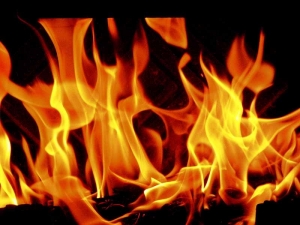 On Saturday, June 2nd, a fire started in brush near an apartment complex at Jamacha Road and Fury Lane in unincorporated La Mesa shortly after 4 p.m.  About 40 residents were evacuated from two apartment buildings as a precaution. The fire was held to 2.5 acres by San Miguel Fire Departments. The Sheriff’s Bomb Arson detectives are investigating the cause.

The other fire was reported on Sunday, June 3rd at 6:25 p.m. near Brabham and Greenwick Road in Rancho San Diego.  Evacuations were conducted on Bridgehampton Place.  The Sheriff’s Astrea helicopter assisted San Miguel firefighters, helping to swiftly contain the fire to 10 acres. By 7:09 p.m. the evacuation orders were lifted. This fire is being investigated by San Miguel Fire Department and Cal Fire.

Or perhaps someone who is a pyromaniac? Looks likes it could another rough fire season, no matter the cause.