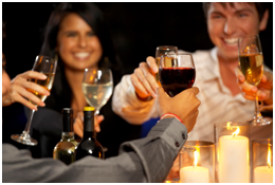 January 23, 2014 (San Diego’s East County)--The County of San Diego held a Tiered Winery Ordinance Workshop on January 17 in an effort to discuss and solicit feedback from the public on its draft zoning ordinance amendments that will affect local wineries.

More than 100 people were in attendance, many representing a variety of boutique wineries in San Diego County.

There was a unanimous sentiment from local vintners that the proposed amendments would place burdensome restrictions on local wineries, leading to the destruction of the county’s burgeoning small business operations.

Teri Kerns, president of Ramona Ranch Winery and editor of the Ramona Valley Wine Region Magazine, said the amendments, if passed, would be “the most restrictive grape-growing, farming and wine-making ordinance in California.”

According to the County of San Diego Planning Manager Joseph Farace, the proposed amendments serve to only clarify the existing ordinance.

“It was never our intent to make more restrictions or undermine our local winery businesses,” he said. “There have been a lot of questions on implementation over the last two years on issues that keep coming up, so our intention was to clarify the existing ordinance to avoid the confusion.”

The proposed amendments to the ordinance can be found on the County website (http://www.sdcounty.ca.gov/pds/advance/Winery.html)

Farace said that now that all litigation is over, it was time to address the implementation issues.

History of the Tiered Winery Ordinance

In August of 2010, the County Board of Supervisors approved the current Tiered Winery Ordinance after four years of debate, analysis, legal challenges and a quarter-million dollar environmental impact report (EIR). A Ramona resident who formed a nonprofit group called San Diego Citizenry Group alleged that the EIR was not adequate and filed a lawsuit against the County. Legal challenges continued but ended in late 2013 after the California Superior Court ruled that the EIR met the conditions of the California Environmental Quality Act (CEQA).

Prior to the ordinance, a major use permit was required of all wineries to operate a tasting room. The 2010 ordinance made exceptions for small wineries in order to boost our region’s burgeoning wine-making industry. Since then, scores of wineries in San Diego County have opened tasting rooms or patios. With the growth of wineries in the County, San Diego was on target to become known as a premier wine-growing region in the state.

The vintners and concerned citizens who spoke at the January 17 meeting said the amendments would curtail some of their current operating procedures. These issues included:

“The proposed changes to the San Diego County Tiered Winery Ordinance are not agritourism or consumer friendly, and instead favor the urban wineries, which do not face the same requirements,” said Kerns. “Should the ordinance go forward as written, many fear the end result will be the death of the San Diego boutique wineries, not their potential growth and agricultural commitment.”

However, County staffer Farace said the amendments do not change the current ordinance on these issues.

“The original ordinance was written to regulate land uses and to promote local grape crops and was not intended to affect labeling or licensing requirements,” he said. “The ordinance requirement that a certain percentage of the wine produced at the winery comes from grapes grown on-site has not changed.  This requirement was part of the original ordinance.  It’s important to note that prior to adoption of the Tiered Winery Ordinance (in 2010), winemakers had to go through a lengthy and expensive discretionary permit process.  The ordinance now allows individuals to establish a boutique winery by-right, which equates to time and cost saving.  A condition of this by-right allowance is that they use a percentage of on-site and locally grown grapes as part of their winemaking process.”

Farace said that if a winemaker wishes to import a higher percentage of non-local grapes, they could choose to go up tiers and obtain a discretionary permit for a small or large winery, instead of following the boutique winery requirements.

After more than an hour of public comment, Farace concluded the workshop noting that the purpose of the meeting was to garner comments from people affected by the proposed changes. He said the County is open to comments and suggestions.

“We are taking these comments seriously. If the amendments to the ordinance do move forward, there is an opportunity for even more public scrutiny and review,” he said. “We are being transparent in this process and want to work with our local wineries to encourage growth and prosperity, but within the law.”