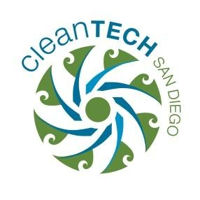 July 27, 2012 (San Diego) -- The Executive Committee of the Board of Directors of CleanTECH San Diego is pleased to announce the appointment of Holly Smithson as president and chief operating officer for the organization. Her appointment was approved by a unanimous vote.
Smithson replaced Jim Waring who will be resuming his role as executive chairman of the board of directors of CleanTECH San Diego. Waring previously served as chairman of the non-profit trade organization from its founding in 2007 until 2011, when he assumed the interim role of president and CEO.
As President & COO, Smithson will oversee the organization’s strategic, financial and operational policies aimed at stimulating innovation and advancing clean technology adoption.  Smithson is responsible for advancing the mission and vision of the organization and providing quality member services.
“CleanTECH San Diego serves as the single voice for the region’s clean technology industry as it continues to expand and generate significant regional economic development,” said Waring. “We’re fortunate to leverage Holly’s industry experience and diligence in the organization along with her deep reach inside this community. Her leadership and ability to bring the business community together not only embodies the fundamental principles of this organization but will also ensure that this region remains globally competitive.”
Smithson has been a motivating force for CleanTECH San Diego since its inception, establishing and cultivating a membership base of more than 100 corporations and stakeholders. This effort is advancing the regional deployment of clean technology and local investment from companies like Soitec, GE, OSIsoft, car2go, General Atomics, Honeywell, and Bank of America. Smithson will continue to be actively involved in business development, international activities and member programs.
“Soitec is pleased to contribute to the ongoing growth and success of the region’s renewable energy sector”, said Clark Crawford, Vice President Sales & Business Development USA of Soitec Solar and CleanTECH San Diego Executive Board Member.  “I am confident that Holly’s appointment to President will effectively advance the goals of CleanTECH San Diego. She has learned the job under the careful mentorship of two former presidents, is strategic in her focus, and brings her exuberant energy to the opportunities ahead of us.  Under Holly’s leadership, Soitec looks forward to continued collaboration with CleanTECH San Diego.”
“I’m honored by the board’s confidence in me and want to thank them for their continued and critical support in my new capacity," Smithson said. “Our standing in the global cleantech community today represents the strong private sector investment and the critical ecosystem we’ve built here since 2007.  I look forward to fostering the collaboration and innovation that will serve us well into the future.”
Before joining CleanTECH San Diego in 2007, Smithson worked in public policy for 10 years in Washington, D.C., in both the executive and legislative branches, as well as non- government organizations. In 2003, she was selected as a Presidential Appointee and worked in the US Environmental Protection Agency in the Office of Congressional Relations and then leading its public affairs division. Before serving in President George W. Bush’s administration, Smithson was a registered lobbyist for the Solid Waste Association of North America and also worked on the professional staff of presidential, senatorial and gubernatorial campaigns in Florida and North Carolina.  Smithson began her career in broadcast journalism in North Carolina as a news director and anchor for several television and all-talk radio stations. She is a graduate of the Harvard Business School Executive Leadership Program and holds a bachelor of science in broadcast communications from East Carolina University.
About CleanTECH San Diego

CleanTECH San Diego is a private, non-profit member organization formed in 2007. As one of the nation's premier cleantech cluster organizations, its mission is to position the region as a global leader in the cleantech economy. CleanTECH San Diego serves as a catalyst for a diverse group of stakeholders to advance a common agenda. To learn more, visit www.cleantechsandiego.org.