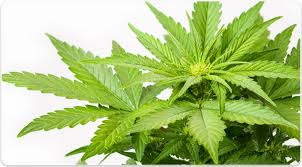 November 20, 2013 (Spring Valley) – Growing marijuana indoors can prove hazardous to your health and wealth. No, we’re not talking about smoking pot—we’re talking about pot going up in smoke.

Firefighters found that a fire at a Spring Valley home on Campo Road this morning was caused by a marijuana grower’s illicit hookup to a nearby power pole.  The blaze caused $40,000 in structural damage and burned up 40 to 50 mature marijuana plants ready  for harvest.  An average plant grown indoors yields 3.5 ounces of pot, with a street value of $200 to $1,000 an ounce.  In addition, SDG&E could opt to hold the growers responsible for the cost of the stolen electricity.

San Miguel/CAL FIRE Firefighters responded to a reported structure fire at 10154 Campo Road around 9 a.m. Fire crews quickly discovered the cause of the fire was from an illegal electrical connection from the house to an adjacent SDG&E power pole.

This illegal connection made the attack of the structure fire extremely hazardous because power could not be turned off at the meter.

Once inside, firefighters soon discovered the ,marijuana growing operation in the house.

A pit bull dog that escaped the flames is now under the care of Animal Control. No injuries were reported.

San Miguel Fire District will continue the fire investigation, however the marijuana growing operation is being investigated by the Narcotics Task Force.