Owners of El Cajon facility may apply to reopen if costly equipment changes are made to eliminate smoke, odors 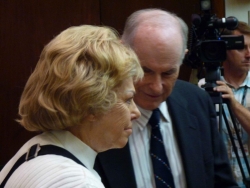 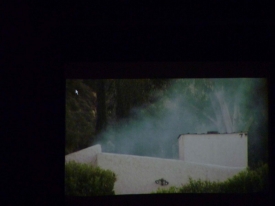 “This was clearly a violation of public policy and a public health hazard,” Michael Drake, public affairs officer for the County’s land use and environmental group, told East County Magazine after the hearing.  He praised the Board for “doing the right thing” and expressed hope that the owners will upgrade or replace antiquated equipment so that they can “comply and come back into business.”

APCD staff and inspectors provided evidence of numerous violations including “sulfurous odor, smoke and sparks from the stack,” that posed both a hazard to human health and a fire danger. 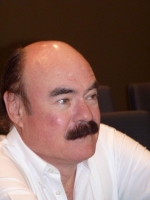 Video and photo images, some shot with cellphones by area residents, showed smoke and glowing embers coming from the facility.  Images also documented a charred, smoky interior of the crematorium chamber and smoke seeping through the roof of the facility, not just the stack.  Video also showed ashes coating cars in a nearby lot and interviews with area residents.

Owners have the option of investing in a major retrofit or new crematorium, then applying to reopen the facility.  “It would only cost them around $100,000 to buy a new one,” Michael Turko of KUSI’s Turko Files program told ECM.

Testimony at today’s hearing indicated the crematorium business generated $2 million in revenues, with a payroll of approximately $1 million last year.  But for now, future revenues are up in smoke following the shut-down order. 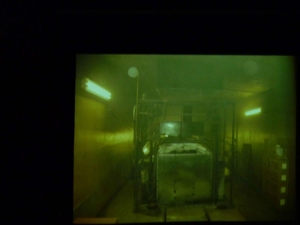 An attorney for Leneda,  the family-run corporation owned by Edwin and Beverley Stivers which operates the crematorium, had sought a continuance to postpone the hearing.  Attorney Steven P. McDonald argued that he had not been given ample time to prepare since he took over the case from another law firm just days ago.  He noted that the facility passed a source test in 2010 and sought to prevent TV video from being shown, arguing that it was “prejudicial.”

Edwin Stivers made an emotional plea to the board.  “It’s a family business. This is our only business. We’ve been running it the best that we can,” he said, adding that a shut down would force him to lay off half of the company’s employees.  “We started having strange some come out, but we were not overly concerned because we were scheduled for rebricking. “  After rebricking, he said, “there were still huge problems with equipment we were not aware of.”

But the Board denied the request for continuance, noting that complaints about the facility stretched back over many years and that even after receiving notices of violations, the owners failed to take significant action to abate the nuisance. Chairman Thomas Rappolt further  noted that area residents who took time off work should be allowed to speak at today’s hearing.

“I witnessed smoke, sparks and horrific odors,” Robert Kard, Air Pollution  Control District officer, told the board.  “This is a matter of urgency for public health.”

Several neighbors of the facility also testified, all describing serious issues with foul-smelling smoke dating back many years. 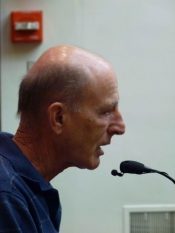 “In spring and fall, we can’t have our windows open because of the stench from that place,” said George McNeil, who said after years of putting up with the smoke, he finally called  KUSI’s Turko Files.  “I have newspaper clippings of complaints going back 24 years. I couldn’t even go on my back patio and have a beer.  There are also psychological effects, knowing what it is—it’s burning human bodies.”

Mike Zauri said he lives in Lake Jennings Park directly across from the crematorium and has seen black smoke pouring over the Jack and the Box Restaurant next door.  “Raw or cooked, there are human particulates going into that Jack in the Box and into the food,” said Zauri, who added that he has worked in the food industry.  “It’s beyond me to believe you can have a crematory not required to have sensors all over it and all over the neighborhood to monitor emissions, which should be zero.” 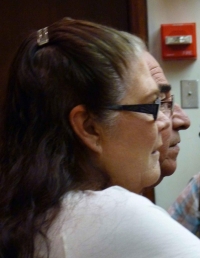 David and Tycene Moreno likened the emissions to black diesel smoke at times.  “Smoke comes right in my window. It stinks; it smells like electric wires burning,”  David Moreno told the Board.

Tycene Moreno expressed concern for her children’s health.  “We didn’t complain because we didn’t think anything would be done, and we thought we had to live with it.”

Board chairman Rappolt fired back, “You don’t have to put up with it,” then concluded, “I can’t vote for a continuance.”  The Board voted 3 to 1 against the continuance and later, 4-0 for abatement.

For the past six weeks, since an episode on Turko Files aired and other media including East County Magazine have reported on the problem, the County has repeatedly sent inspectors out during the day and at night, testimony at the hearing revealed. They documented numerous problems.

John Adams, chief of compliance for the ACPD, said that there have been no compliance problems or complaints of smoke or odors from other crematoriums in San Diego County.  That’s because other crematoriums use automated equipiment and after burner controls.  By contrast, one board member characterized Neptune’s system as “a dinosaur” that required operators to run outside and look for smoke.

He expressed concern that Neptune’s after burner chamber isn’t hot enough and that the facility has no automatic feed burner.  As for findings at Neptune, he observed, “You can’t get worse than that.”

One Board member indicated that film showed that “obviously the afterburnerw as not on—you wouldn’t see sparks.”

Adams observed that other crematoriums that “cremate as many as Neptune does have two or three crematory burners.”  Neptune has one.

While some reductions in emissions have been made in recent weeks, a staffer noted that Neptune has reduced the number of bodies burned by sending some to other facilities temporarily. “They know that we’re watching, and they’re being careful,” the staffer advised.

After a photo of the smoky interior of the crematory chamber was shown, the Chair observed, “I can’t imagine that passing.”

Kard advised that the APCD is making changes to its testing as a result. “Some things were not done right,” he conceded, adding that it was not on his watch.  “The thing should never have been allowed to pass.”

Dennis Richardson, a freelance photographer whose images of smoke from the crematorium were published in East County Magazine and shown on the Turko Files program, expressed satisfaction with the Board’s action.

“I think this was a huge shot over the bow,” he said, adding that owners have been “playing with authorities, and it’s not going to work anymore.”

Drake told ECM that the owners are committed to making some changes.  But even after retrofitting or installing new equipment, he assured, “They will have to demonstrate to the Air Pollution Control District that this is effective.”

Extremely useful info specially the last part. I care for such information a lot.

It's good to know that this topic is also being covered. I also hate smoke either.

I would like to add your diary to my blogroll satisfy assert me what keystone should I use?