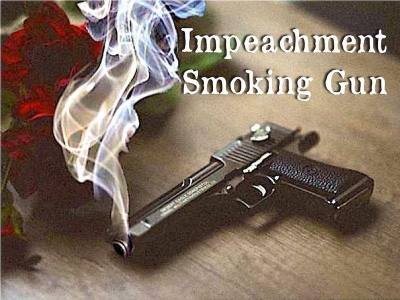 Trump’s GOP defenders say that Trump merely called for a march to the Capitol, a legal act of protest.

Except for this: it wasn’t legal. And Trump and his team knew it.


During Wednesday’s trial, House impeachment manager Rep. Stacey Plaskett (D-VI) laid out the evidence the Palast investigative team first broke in Consortium News and on the Thom Hartmann Program: The sponsors of the January 6 rally at the Ellipse repeatedly promised, in writing, there would be no march on the Capitol.

In fact, the Park Service reiterated, days before the Trump rally, “The permit does not authorize a march from the Ellipse.”

As an insider who planned the rally told us, sponsor Women for America First was stunned by Trump’s seemingly spontaneous call for a march in violation of the permit. “It was shocking. It’s something we advocated against doing for exactly the reasons that ended up playing themselves out.”

In other words, the riot was foreseeable and resulted directly from Trump’s call to march. As the permit holders understood, sending thousands of angry people, some armed, meant there was no warning to the Metro or Capitol police, no monitors to direct or control the crowd.

While the House prosecution team referenced our story, it appears that neither the senators nor media understood the importance of the damning evidence.

Because there was still a missing piece of evidence: did Trump know a march was not permitted, illegal, and dangerous?

The evidence is that Trump had to know. While his call to march on the Capitol appeared spontaneous, it was anything but.

On January 5, the night before the riot, two participants foolishly posted (in posts since removed, but recorded) that they were meeting at Trump’s personal residence at his DC hotel with top Trump strategists about the next day’s events. The group included notably, Eric and Donald Trump Jr. Both would speak at the rally the next day.

Crucially, during the meeting, Don Jr.'s girlfriend Kimberly Guilfoyle called Ali Alexander—who’d been calling for a “Stop the Steal” march from the rally despite admonitions from the rally organizers that it would be illegal and dangerous.

We’ve previously reported on Alexander’s threats of violence to overturn the election [“We’ll light the whole sh*t on fire!”]. Guilfoyle gave Alexander the go-ahead. And indeed, Alexander was escorted by White House emissaries to a place just outside the rally to lead the march—which he did.

It is not minor that neither Trump, nor the White House, nor Trump files told the organizers that Trump would issue a call to march. The permit holders, Women for America First, told this reporter that both the White House and Alexander, had been warned repeatedly against attempting the uncontrolled march.

The point is simple: when you promote an illegal action—exhorting an angry, armed mob to head to the Capitol, you are legally liable for its foreseeable outcome even if you did not plan nor endorse the outcome.

When a law is broken and someone ends up dead, that’s murder. Trump knows that. In December, Trump proudly authorized the execution of Brandon Bernard. Bernard was 18 years old when his friends killed two people in a robbery in which he took part. The kid had no idea the couple would be killed, but joining in an illegal act which led to death, put him in the electric chair.

Could the House have added an Article II to the impeachment charge: accessory to murder?

The Coming Riot in March

Ali Alexander, founder of Stop the Steal, led the deadly march to the Capitol, knowing it was illegal—but blessed by Trump. Alexander immediately went into hiding. But, as there has been no known attempt to arrest him nor even question him about the march to the riot, he’s now emboldened Alexander resurfaced this week to announce:

[We will not, as we normally do, link his remarks, to avoid giving promoters of violence a platform.]

Welcome to the new America, where you can put a riot into your calendar.

In the aftermath of the riot, it was astonishing that the police did not seal and secure the Capitol and identify, if not arrest, everyone leaving — and confiscate cell phones with photos of the murdered officer and other crimes. Why were criminals allowed to simply walk away? The police response was a violation of standard operating procedure.

From the US Department of Justice guide, Crime Scene Investigation:

“Identify all individuals at the scene," such as:

This obvious violation of standard operating procedures is more than troubling. It sends a signal to the white supremacist, neo-Nazi groups that if you’re going to cause mayhem, you may have some help from the people who are supposed to stop it.

Greg Palast (Rolling Stone, Guardian, BBC) is the author of The New York Times bestsellers, The Best Democracy Money Can Buy and Billionaires & Ballot Bandits, out as major motion non-fiction movie: The Best Democracy Money Can Buy: The Case of the Stolen Election, available on Amazon and Amazon Prime.   Read more Greg Palast works or donate to the Palast Investigative Fund at https://www.gregpalast.com/.

you are a troll who loves trump go live with him! you are comparing apples to oranges
he was impeached TWICE! he was convicted 57 to 43!! it may not have been 2/3's but it was still a majority!!! keep spinning it!