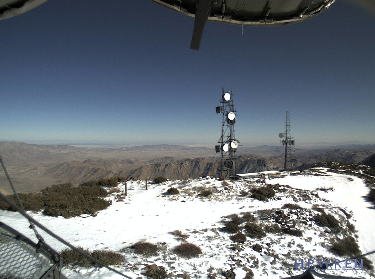 January 1, 2019 (San Diego’s East County) – Two and a half inches of snow have fallen in Julian on New Year’s Eve, with an inch reported atop Mt. Laguna and Mt. Palomar.  A light dusting of snow fell at lower elevations including Cuyamaca in East County’s mountains.

The storm also dumped over a half inch of rain on some communities across East County including El Cajon, Lakeside and Lemon Grove.

A freeze warning is in effect for mountains and deserts in San Diego’s inland region through 8 a.m. Thursday.

A wind advisory is also in effect, mainly for inland valleys, with peak gusts of 55 miles per hour.