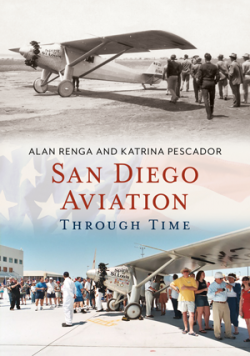 June 13, 2019 (San Diego’s East County) - In the interest of full disclosure, I have a confession to make.  I am that guy in the museum who reads every one of the placards and captions on all of the exhibits. This led to a traumatic incident at the Omaha Beach Museum when the tour guide informed us that we had 30 whole minutes to explore the entire museum.  I am still haunted by that dark episode. When I get a new nonfiction book with a photo section, my first action is to turn to the pictures and happily read each and every caption. Twice.

I am also an aviation nerd.  Since grade school, I’ve been in love with anything that flies.  I have a particular passion: all things World War II and firmly believe the Republic P-47 Thunderbolt is the most underappreciated warbird of the last 100 years.   This all resulted in my becoming a helicopter pilot in the Army, where I fell in love with a beautiful girl named “Huey.” It was here I learned that life is best experienced at 90 knots, preferably below treetop level.

In other words, I am the target demographic for this book.

Authors Katrina Pescador and Alan Renga come to this project with distinguished pedigrees: both have multiple degrees in history and work in a most wonderful place, the San Diego Air and Space Museum.  Pescador is the museum’s library and archives director while Renga is the digital archivist. This is not the first book for either of them. After reading this I suspect when they hear something flying overhead, they just know what it is – but still look up.

A compact to me at 96 pages, it punches well above its weight class.  It is, quite simply, a picture book. And what glorious pictures they are.

A brief, two-page introduction paves the way for the following 90 pages of photos, both black & white and color.  Arranged more or less chronologically, they tell the story of San Diego’s history and love affair with airplanes and all things that soar in the Wild Blue.

It is a rich history that the majority of San Diegans, let alone the rest of the world, know next to nothing about.  The first powered flight in the region took place as early as 1909. Glenn Curtiss, one of the giants of American aviation, moved his school to Coronado in December 1910 because he discovered that San Diego is warm and sunny, and the winter weather in upstate New York, the original site of his school, well, it sucks.  The Hotel Del Coronado was buzzed for the first time (and certainly not the last) in 1911.

The movie Top Gun has enshrined San Diego and naval aviation in the American psyche, but it would surprise many to learn that North Island was also home to army aviation training prior to World War I.

Say the name Charles Lindbergh and images of a silver, ungainly, high-winged plane immediately come to mind.  Without San Diego’s Ryan Airlines, there is no Spirit of St. Louis.  If history was fair and deep financial pockets had not come first, it should be called Spirit of San Diego!

The Consolidated B-24 Liberator is often pictured rolling off the World War II production lines in Detroit, Michigan, neatly overlooking that 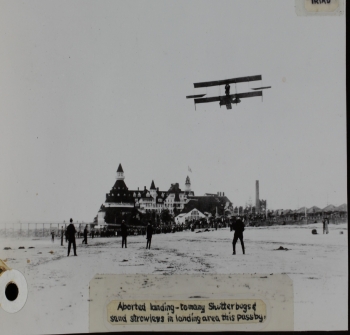 the legendary bomber was designed and brought to life in downtown San Diego, the production plant conveniently located next to Lindbergh Field.  Newly minted Liberators were towed from the production line to the runway for their maiden flight.

Aspiring American military aviators had to prove their mettle to an unsympathetic instructor while wrestling with a primary trainer, the Ryan PT-22.  Yup, you guessed it, made in San Diego on Harbor Drive.

The debut of the jet age was just a turn of the page for San Diego aviation.  Unmanned Aerial Vehicles (UAV) were pioneered in America’s Finest City. The story of America’s quest to put a man on the moon cannot be written without a San Diego Chapter.

And these are just a few of the marquee events to be discovered.  There are so many tales to tell; of gliders, lady skydivers and looping the loop.  The story of aviation is a fascinating mélange of dreamers with their heads in the clouds asking, “Can we do it?” and hard-nosed realists with a slide rule in their pocket asking, “But will it fly?” Both coexist quite comfortably within these pages.

The heart of this book is its pictures.  They are of a uniformly high quality and would make a high-priced coffee table book blush with envy.  This is quite remarkable considering the age of many the photographs. Many images date back 75 to 100 years or more and are crystal clear and pristine.  I can only dream the pictures in my high school photo album looked this good. The pictures are often paired, vintage and (more) contemporary, combining to create a Now & Then aspect to the stories.

The captions are detailed and engaging. Quite often it is a paragraph of prose cleverly disguised as a caption.  It 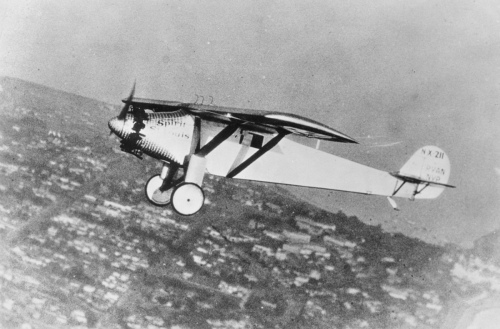 would be easy to just flip through the pages and drink in the imagery (I know. I did.) and that might be okay for your first look.  But if you don’t read the captions you’re missing out. They do a bang-up job of placing things in context and really telling you the story behind the picture, so you understand what you are looking at.

I guess this wouldn’t be a real review if I didn’t quibble about something.  The introduction is only two pages and, while informative, is almost too short.  A longer, more expansive, intro might have served as a stronger backbone on which to hang the pictures.

I also realized that I really wanted a map.  When I read a book on the Battle of Britain, I always appreciate that diagram giving me the locations of all of the RAF/Luftwaffe bases and sectors along with the principal cities and targets.  I like to know the where of places I’m reading about.  Even with a good sense of San Diego geography it was sometimes a struggle making that spatial connection.  In some cases, it’s not just buildings that have changed. The landscape itself has been physically altered (Spanish Bight, anyone?).  A visual aid could reduce the frustration level for locals and out-of-towners trying to pinpoint Dutch Flats or the hilltop in Otay Mesa where John Montgomery launched the first glider in America in 1883.

Finally, I was profoundly disappointed when I looked at the last photograph and closed the book.  It was too short! I wanted it to go on and on. I know that Alan and Katrina are holding out on me.  They must have a C-47 load of pictures they’re not sharing, and I want to see them all. Of course, this just might be smart editing on their part.  Better to have your faithful readers left wanting more instead of rolling their eyes and skipping to the end to get it over with. I’m looking forward to the sequel!

More than once while reading this book I found myself stopping and saying, “Wow, I did not know that.”

Who could ask for anything more? 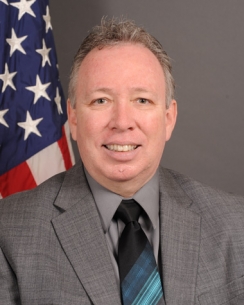 Jeffrey Thurman retired in 2012 after 26 years as a Special Agent in the FBI.  He also served eight years in the U.S. Army as a field artillery officer and helicopter pilot.  He is currently hard at work on his first novel; a tale of about a boy, a girl, airplanes, World War II and time travel.  Jeff can be reached at Jeffrey.thurman82@gmail.com.