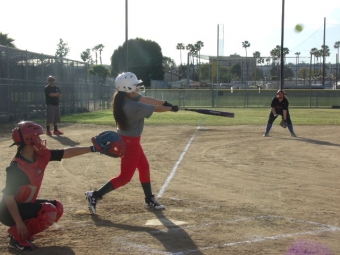 March 6, 2018 (El Cajon) - Basketball playoffs are, for the most part, over (except for state playoffs and hats off to Mount Miguel and Foothills Christian boys basketball and good luck to them), so now it’s time for spring sports.  El Cajon Valley girls softball kicked off their season against the (sort of in East County) Crawford Colts. 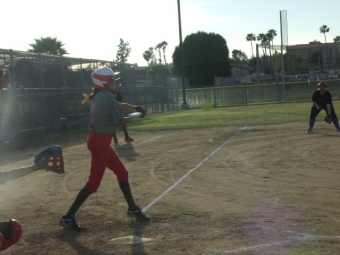 Crawford hit the gas immediately in the first inning with six straight runs to go up 6-0.

El Cajon Valley got on the board in their half of the first with an RBI single to make it 6-1.

A sac fly in the third inched the Braves closer, but they were still down 6-2.

In the sixth, an error by the Braves cost them.  After a play at third wasn’t made, the ball went into left, allowing two Colts runners to cross the plate. Junior Lizbeth Alaniz hit a sac groundout to score senior Carla Castro.  Sophomore Nicole Goossens hit a looper into center to score Alaniz.  A wild pitch scored Goossens and an erroneous throw up second scored another run and the Colts rode to a 12-2 win and El Cajon Valley was handed a loss on their first game of the season. 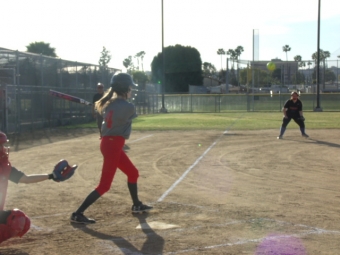 Next up for the Braves is contest on Thursday at home against Mountain Empire.  First pitch is at 3:30 p.m. 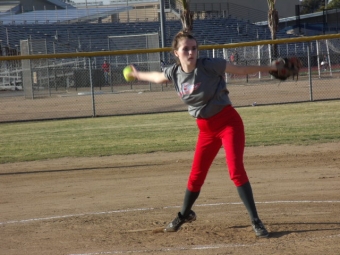