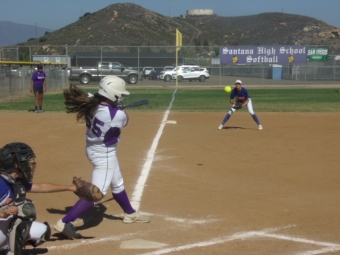 Cover photo:  Santana freshman Joey Barkhimer's solo homer in the sixth put the Sultans up by two until the Chieftains erased their lead in the very next inning.

May 7, 2018 (Santee) - In our first-ever trip to Santana High, ECM Sports got some softball action under our belt as the lady Sultans hosted the Clairemont Chieftains for a non-conference faceoff.  The Sultans rock an impressive 18-8 record on the season.  Junior Madison Mendez started on the hill for the Sultans against Jennee Brodeur for the Chieftains. 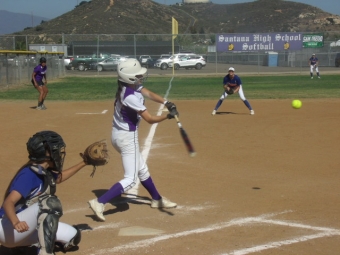 Both pitchers pitched a fantastic two innings, but in the third, the Sultans got things going.  After Brodeur walked freshman Emma Leggett, fellow freshman Natalie Sims smacked a double into center to get runners on second and third.  Sophomore Krysten Service finished the job neatly with an RBI single and the Sultans led 1-0.

The Sultans were cruising along just fine with a one-run lead until the sixth when freshman Joey Barkhimer blasted a homer over the right field wall to give the Sultans a 2-0 lead. 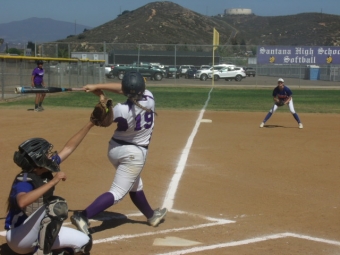 It looked like a sure win for Santana until the very next inning.  With runners on first and second, Clairemont’s Maddy Jacobs absolutely crushed a home run to center field and just like that, the Chieftains jumped on top of the Sultans by a run.  Erika Anders knocked an RBI base hit to left field that scored Ari Salazar and the Chieftains were up 4-2.

The Sultans wouldn’t go down without a fight.  Mendez hit an RBI single in the home half of the seventh, but the Chieftains stopped the rally and mounted an impressive comeback to win it 4-3 and hand the Sultans an 18-9 record and just their second loss at home this season. 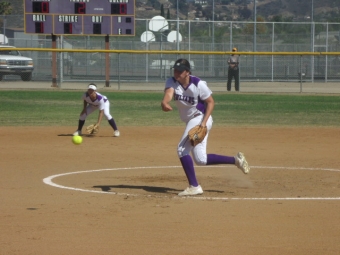 The Sultans will stay home and get back to Grossmont League play with a contest against Granite Hills on Wednesday.  First pitch against the Eagles is set for 4:00 p.m. 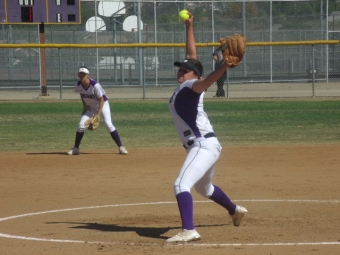 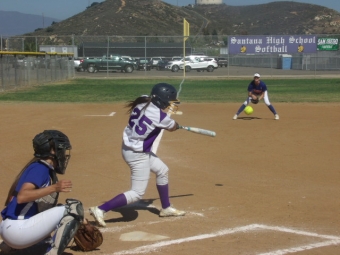 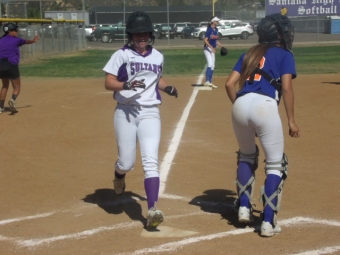