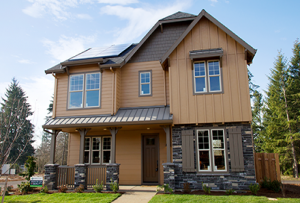 October 12, 2015 (San Diego)—Solar City, the largest solar company in the U.S., has launched some of the most ambitious and empowering programs in the solar industry.  The company can even act as your utility company, enabling you to get a solar system for no money down and start saving on your utility bill from day one.   Average savings per home run 20 to 60 percent on utility bills, says David Guefen with Solar City San Diego.

The company is also giving back through programs that provide free solar to schools in impoverished countries, giving free solar power to families in military housing, and offering a rewards program for referrals. (If you buy a system from Solar City and mention East County Magazine, our nonprofit will receive a reward. Just click the ad in this story.)

But the window to go solar with maximum incentives ends December 31st, when a 30% federal tax credit is set to expire or be slashed.

Elon Musk, the CEO of Tesla Motors and Space-X, came up with the idea for Solar City while driving to a Burning Man festival with his cousins.  His creative mind set out to make it affordable to go solar.

Solar City launched in 2006 with a mission to put solar on the roofs of a million homes by 2018, bringing cleaner and more affordable energy to homeowners across America  “at no cost to the homeowner,” says Guefen.

The company introduced a solar lease program in 2006 that lets homeowners go solar at zero money down, completely eliminating any utility bill with a local utility company, Guefen notes.

Alternatively you can keep your equipment and finance it.  “It’s still zero money down, but you get to own your equipment,” says Guefen.

Under yet another program, also at zero money down, Solar City serves as the homeowner’s utility company.  The average house saves 20 to 60 percent on utility bills.

The typical system pays for itself in utility bill savings after seven to 10 years.  But even if you plan to sell your own sooner, solar can still make sense because it increases the value of your home.

How much?  “U.C. Berkeley did a study nationwide,” says Guefen.  The study found that “homes with solar typically sell for $17,000 more on aver

age—and they sell 30% quicker than they normally would.”

Since the average solar system costs $15,000 to $25,000 to purchase and you get back $17,000 on average when you sell your home, that makes solar one of the best investments you can make among all home improvements.

Another factor to consider is the potential to save money on gasoline by purchasing an electric car.

“A lot of people who go solar also have electric cars,” he notes.

Currently in San Diego, SDG&E  charges “ridiculously high prices during the day to charge your car,” forcing most people to charge electric cars overnight.  “With Solar City’s system, you have the freedom or flexibility to charge your car at your own convenience without being penalized at a higher price,” Guefen points out.

Solar City is a stand-out in the industry in the degree to which it is giving back to communities here and around the world.

Through its Give Power Foundation, a nonprofit, for every megawatt of power that Solar City installs, the company also donates a solar system with backup storage to a school in a country in need. Thus far, Solar City has helped bring electricity to schools in Nicaragua, Senegal, Kenya and Nepal, among other places.

The company’s Solar Strong company is now helping the military. “This is a new program. We plan on putting solar systems on all military homes in the nation,” says Guefen. That’s about 100,000 homes.  “It will be free—free electricity for their homes.” The program is already underway in San Diego, where solar has been installed on some local military housing.

Going solar helps reduce greenhouse gases and air pollution by lowering fossil fuel use, but also helps consumers save money and feel positive about helping others. With spiraling rates in San Diego, already among the highest cost utility markets in the United States and more rate hikes proposed for the future, going solar is also a good way to control your household’s budget and put savings into your pocket.

If you’re enthused about the company’s products, savings potential and giving spirit, you can also join its Ambassador Program to help spread the word and earn reward. The Ambassador Program is open to individuals and nonprofits.  To learn more, you can click the Solar City ad at right, or call David Guefen at 858-525-2151.