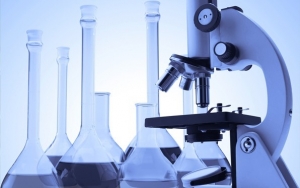 December 9, 2014 (San Diego)--Sudden unexplained death is one of the toughest mysteries in forensic science. Researchers at the Scripps Translational Science Institute or STSI are teaming with the San Diego County Medical Examiner’s Office for a clinical trial aimed at finding answers.

Together they will sequence the genomes of adults, children and infants in the region whose deaths, most likely from heart failure, can’t be explained using traditional medical investigative methods.

A dozen or more of these deaths occur annually in San Diego County, according to the Medical Examiner.

While large-scale DNA sequencing is increasingly being used in medicine to identify diseases, such as specific types of cancers, and to guide therapies, medical examiners have rarely employed this powerful scientific tool in their investigations.

The Molecular Autopsy Study being conducted by STSI could introduce a new paradigm in the field.

Researchers hope to identify genes associated with sudden death and discover previously unrecognized genetic mechanisms. The findings will be used to develop preventative screening programs and potentially life-saving interventions for relatives of study participants and others with the same DNA signature.

“Using state-of-the-art DNA sequencing and powerful analytics tools we can, for the first time, determine the root cause of sudden unexpected death in many families,” said STSI Director Dr. Eric Topol,  STSI director and chief academic officer of Scripps Health. “This may turn out to be important not only for family members to know if they are at risk and need to take preventive steps, but also for the public to avoid such catastrophes in young people.”

In almost each instance of sudden unexplained death, family members are left wondering if their relative’s passing was a harbinger of some potential threat to them, said San Diego County Chief Deputy Medical Examiner Jonathan Lucas, M.D.

“If genetic sequencing and careful analysis of DNA data can help establish a cause in some of these cases, that could answer important questions for surviving family members and provide a sense of closure from a painful loss,” he said.

The Medical Examiner and STSI team hope to study cases of sudden deaths in people age 45 or younger, with no history of excessive drug use, alcohol abuse, morbid obesity, heart disease or any other serious medical conditions. Once the family or other next of kin gives consent, blood and heart muscle samples will be collected for analysis. Researchers also plan to sequence the DNA of parents or other biological family members for comparison.

Researchers hope to enroll up to 100 primary study participants. They also are exploring the possibility of expanding the project to other county medical examiner departments in California and other regions of the country.

Ali Torkamani is director of genomic informatics and drug discovery at STSI.  He says, “In individuals with early unexplained sudden death, genome sequencing has the ability to uncover rare conditions with difficult-to-detect symptoms that are invisible to standard physical autopsy. We hope that if a rare life-threatening genetic condition is detected, life-saving interventions may be indicated in living relatives.”

Supervisor Dianne Jacob, Chair of the County Board of Supervisors, praises the program. “This is a great opportunity for the County to work with cutting-edge researchers to solve this mystery, and we’re happy to be part of a study that could make a real difference in people’s lives,” she says.

One of the study’s first participants was Jason Lappies, 31, of San Diego, who died on June 26. Jason’s roommate found his body on the couch of their apartment a few hours after Jason laid down to watch a World Cup soccer match.

His mother, Mary Lappies, says her son was “very active and very healthy. He didn’t show any signs of being sick or not feeling good.” His death came with no warning.

Jason left behind friends across the globe, partly from the time he spent in South Korea teaching English to children. “His Facebook profile included the phrase ‘No stoppin curiosity,’ which perfectly described the way he lived, his mother concludes, adding,. “He could just pick people up and light up a room. By participating in the Molecular Autopsy Study, Jason’s gift for helping others can live on.”

For more information about the Molecular Autopsy Study, you can visit clinicaltrials.gov.