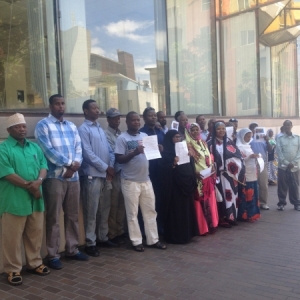 July 15, 2016 (San Diego) - Somalians have endured unfair treatment as employees at GTS (Glacier Technical Solutions).  On Tuesday, many of them lined up outside 555 W Beech St, where the National Labor Relations Board (NLRB) is located, to protest and make the public aware of their situation.


The Somalians’ attorney, Marilyn Mika Spencer, from Spencer Johnson McCammon LLP explained that the Somalians, “aren’t allowed to pray…their job is to teach about life in Somalia.” The Somalian women must also wear short hijabs instead of the long hijabs. The Somalians carry jugs of water instead of bottled water, which is an inconvenience. 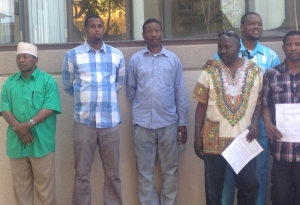 These Somalians dress up role players and act out different scenarios to prepare the military for Somalia. When they had complained about the unfair treatment, “management just ignored them. They filed a complaint of discrimination with the EEOC (Equal Employment Opportunity Commission),” Spencer said. Yesterday, they filed with the NLRB. “These are people who support the military…they’re a very respectful group of people. They just want to be treated nicely," Spencer said, adding that they were hired by STS (Specpro Technical Services) but were actually getting paychecks from GTS (Glacier Technical Solutions). 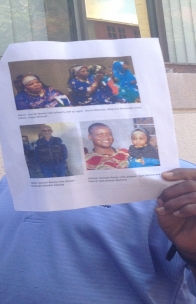 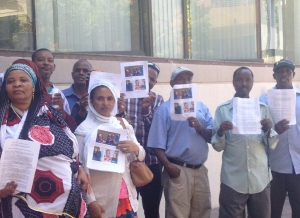 After the Somalians filed, Johnson told ECM, “The manager does not like Somalians…he says they came from monkeys” because of their skin color. She explained that the board will investigate and do what they have to do.  Then Spencer gathered up all the Somalians with Said Abiyow from Somali Bantu Association of San Diego as a translator for the Somalians. Spencer warned, “Soon the company might hear about this and retaliate.” She directed them to not say anything about the protest to their employer, and they could call Spencer if anything came up. A Somalian asked Spencer if it was ok to go back to work. Spencer said that was ok as long as they didn’t mention their protest.