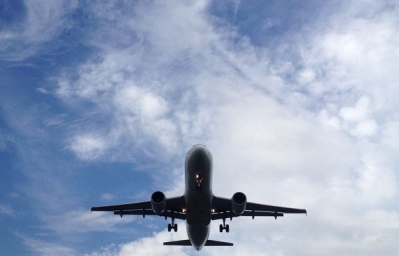 December 29, 2015 (San Diego’s East County) – If you’re planning to fly in 2016, you find yourself grounded.  The Department of Homeland Security is cracking down on states that have failed to comply with the Real ID law passed 10 years ago by Congress. That could mean denying boarding on airplanes to anyone with driver’s licenses from states that haven’t complied, including California, unless you have another valid form of ID.

The law requires states to implement security measures aimed at preventing terrorists from getting driver’s licenses.  So far, 22 states have complied, 19 have been granted extensions of waivers until October 2016, and four states including California have waivers that expire on January 10, 2016.

California has applied for another waiver extension, but the federal government has not indicated that it will allow another waiver.  A decision is expected to be announced by the end of this year.

The federal government has pledged to give states 120 days notice before refusing boarding on airlines to residents, which would mean if the waiver extension is denied, California residents could be denied boarding on airlines even within the U.S.  starting May 10, 2016, unless they have another form of valid ID, such as a passport, military ID, or tribal ID card.

For most Americans, the only other option would be a passport.  But passports are expensive to obtain and can take weeks for applications to be processed, unless huge rush fees are paid. Also, many Americans are not eligible to obtain a passport.

You can be denied a passport if:

·         You are forbidden by court order, parole or probation terms from leaving the country (this includes sex offenders)

·         You owe the federal government money for repatriating or evacuating you or your family members back to the U.S. form overseas

·         You owe the federal government money for an emergency medical loan

·         You are a minor and don’t have permission of both parents to obtain a passport (Note, minors do not need to provide ID if traveling with a parent within the U.S., but would need ID if traveling alone)

So what happens if you’re not eligible for a passport and your state’s driver’s license is no longer accepted?  The situation raises the potential for numerous legal challenges from those denied boarding who can’t qualify for passports due to debts, parole terms, or being a minor without permission of both parents.  Is it constitutional to deny  a  parent behind on child support from flying to an interview for a higher paying job?  Or  to prevent a person on parole from flying to a family member’s funeral? What about people who’ve done nothing wrong, but simply can’t afford a passport or don’t have the original documents needed to obtain one?

If you are eligible for passport, the time to apply is now, since waiting until the last minute could force you to pay a hefty rush charge or miss your flight.

Besides a driver’s license that is compliant with the Real ID law, these are the only other forms of ID accepted by the Transportation and Safety Administration (TSA)  to board an aircraft in the U.S.:

​There is another option.  According to the TSA website, in the event you arrive at the airport without proper ID, because it is lost or at home, you may still be allowed to fly. By providing additional information, TSA has other ways to confirm your identity, like using publicly available databases, so you can reach your flight.  Allow up to two hours for this, however, if your identity cannot be verified, you will not be allowed to enter the screening checkpoint.

For information on applying for a passport, visit the State Department’s website at http://travel.state.gov/content/passports/en/passports.html.

...for CA it has EVERYTHING to do with illegals. http://www.usatoday.com/story/news/nation/2014/01/22/stateline-real-id/4772785/ The real problem is that we have no way to know the true identity nor true residency of an illegal. (If you think I am blowing smoke, ask a school district how they determine residency...hint, it is utility bill AND go hang out at the border bridge or school drop off in South Bay. Check out the students with backpacks/books making the trek back and forth to TJ and/or the number of TJ taxis in school drop off/pick ups.) What's behind all this is the democrats/liberals willingness to let illegals vote, http://www.nationalreview.com/campaign-spot/391134/jaw-dropping-study-claims-large-numbers-non-citizens-vote-us-jim-geraghty Along with the democrats/liberals willingness to illegals vote, and bleed our schools/public services/etc., is the willingness to give them non-Real ID driver's licenses. DHS is fed up http://www.dhs.gov/real-id-public-faqs and now ALL of us have to pay. It's the normal tactic of liberals, e.g. skirt the law for votes and then make all of us pay for it (all the while complaining about how the "poor" won't be able to get on an airplane). If they can afford an airline ticket, they can afford a Mexican passport.....or the price of a bus ticket.
...they can't hate us for our freedom any longer. We won! (Except for the damned DHS. Whose brilliant idea was that?)

from the airlines due to these uncertainties. If the airlines start lobbying Congress, the situation would probably change quickly.

issues, per Homeland Security.  First, those licenses are NOT valid to get people onto  planes.  Second, other states that haven't met REAL ID requirements and that don't have licenses for undocumented are in the same boat as CA.

While there may be other issues with the licenses for undocumented immigrants, they have absolutely no impact on whether you, they, or anyone else can board a plane or not.