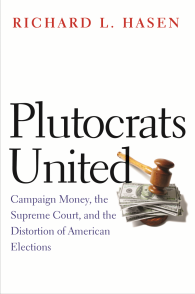 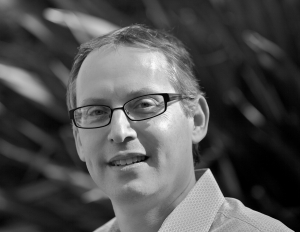 Campaign financing is one of today’s most divisive political issues. The left asserts that the electoral process is rife with corruption. The right protests that the real aim of campaign finance limits is to suppress political activity and protect incumbents. Meanwhile, money flows freely on both sides. In Plutocrats United, Richard Hasen argues that both left and right avoid the key issue of the new Citizens United era: balancing political inequality with free speech. The Supreme Court has long held that corruption and its appearance are the only constitutional reasons to restrict campaign funding. Progressives often agree but have a much broader view of corruption.

In further regard to the corruption that the author indicates the Supreme Court in Citizens United states are the only constitutional reasons to restrict campaign funding, he cites the high profile case of former San Diego Republican Congressman Randy “Duke” Cunningham, who was sentenced to a number of years in prison for getting a yacht and other goodies from defense contractors. Ironically, I actually attended the sentencing hearing in San Diego, where Cunningham basically begged the judge to allow him to stay out just long enough for him to attend to his ailing mother, but the judge refused. I felt for “Duke” Cunningham. Also, and in further regard to Citizens United, Supreme Court Justice Ruth Bader Ginsburg has called for Citizens United to be overturned.

Hasen argues for a new focus and way forward – if the government is to ensure robust political debate, the Supreme Court should allow limits on money in politics to prevent those with great economic power from distorting the political process.

In this well written and documented book Hasen could and should discuss:

A novel and intriguing solution to this problem proposed by the author in Plutocrats United, is a “voucher” system, as he states: “Any system of limits on money in politics likely must include subsidies for political activity to ensure robust, competitive elections in which many voices are heard. We need to put campaign finance vouchers in the hands of all voters to fund and democratize our elections.”

Hasen explains how his “voucher” system would work, by further stating: “In this book I propose a ‘voucher + limits’ program in which we give each voter $100 in campaign finance vouchers per two-year congressional cycle, to donate to candidates, parties, and interest groups (such as the Sierra Club or the National Rifle Association). Further, no individual could contribute or spend in the aggregate more than $25,000 for any single federal election or $500,000 on all federal elections in a two-year election cycle. These rules will be supplemented by other ones, such as those that limit the campaign finance activities of lobbyists.”

Perhaps the most insightful and revealing aspect of this book, one in which the average citizen and voter can appreciate, is the author’s reference of a Supreme Court case involving campaign financing: “From the Supreme Court’s McConnell opinion at 540 U.S. 150 – 52: The record in the present case is replete with similar examples of national party committees peddling access to federal candidates and officeholders in exchange for large soft-money donations. As one former Senator put it:

Special interests who give large amounts of soft money to political parties do in fact achieve their objectives. They do get special access. Sitting Senators and House Members have limited amounts of time, but they make time available in their schedules to meet with representatives of business and unions and wealthy individuals who gave large sums to their parties. These are not idle chit-chats about the philosophy of democracy…. Senators are pressed by their benefactors to introduce legislation, to amend legislation, to block legislation, and to vote on legislation in a certain way. (quoting declaration of Sen. Warren Rudman).”`

Hasen further goes on to state in regard to the aforementioned Supreme Court case: “So pervasive is this practice that the six national party committees actually furnish their own menus of opportunities for access to would-be soft-money donors, with increased prices reflecting an increased level of access. For example, the DCCC offers a range of donor options, starting with the $10,000-per-year Business Forum program, and going up to the $100,000-per-year National Finance Board program. The latter entitles the donor to bimonthly conference calls with Democratic House leadership and ranking Members, and two retreats with the Democratic House leader and DCCC chair in Telluride, Colorado, and Hyannisport, Massachusetts….[S]ee also [McConnell v. FEC, 251 F. Supp. 2d 176, 506 (D.D.C. 2003) (describing records indicating that DNC offered meetings with President in return for large donations); Id. (same for DSCC); id. (same for NRCC). Similarly, ‘the RNC’s donor programs offer greater access to federal office holders as the donations grow larger, with the highest level and most personal access offered to the largest soft money donors.’ Id. (finding, further, that the RNC holds out the prospect of access to officeholders to attract soft-money donations and encourages officeholders to meet with large soft-money donors).” Is it any wonder how someone like former San Diego Congressman Randy “Duke” Cunningham could end up in prison! 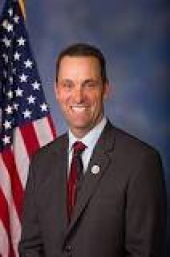 This is an insightful book by Hasen, that gives me cause for concern about our political process, as I am sure it will give other readers. But it is a must read! The revelations made by the author of this book has caused me much consternation, even to the point of my voting in our upcoming election, especially in regard to my local representive Congressman Steve Knight (R-Palmdale).

Although I am impressed with some of Knight’s issues and initiatives, and the support that he has shown a friend of mine, I am concerned about what he might do to impact Campaign Money, the Supreme Court, and the Distortion of American Elections. 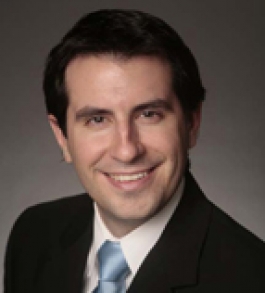 I am even more impressed with Bryan Caforio, a former partner in the law firm of Susman Godfrey, and who is running against Congressman Knight in California's 25th Congressional District. It would seem that Caforio would be more inclined to champion campaign finance reform, as he has handled a wide array of commercial litigation, at both the trial and appellate level, including lawsuits against banks and other financial institutions, and cases involving residential mortgage backed securities, antitrust claims, trade secrets, and more. It certainly helps his appeal that he clerked for the Honorable Sidney R. Thomas on the U.S. Court of Appeals for the Ninth Circuit.

Dennis Moore has been an Associate Editor for the East County Magazine in San Diego as well as the book review editor for SDWriteway, an online newsletter for writers in San Diego that has partnered with the East County Magazine, along with being a freelance contributor to EURweb based out of Los Angeles. He is also the author of a book about Chicago politics; “The City That Works: Power, Politics and Corruption in Chicago.” Mr. Moore can be contacted at contractsagency@gmail.com or you can follow him on Twitter at: @DennisMoore8.

I've been watching a documentary about Life, including politics in the eighties. What we are experiencing today is actually a continuation of what was supported and encouraged in the eighties...GREED, AND FAVORITISM. It was part of Reaganomics and continues to this day. I've always said, if you want to find the problem...FOLLOW THE MONEY.
As long as the wealthiest Americans control the political process there cannot be elections that reflect the will of the people. This undermines the Constitution and the ideal of checks and balances in the Executive, Judicial, and Legislative branches of our government. It transcends Republican and Democrat fighting and ensures that the status quo of corrupt giving to candidates who are controlled by the people who fund them will continue. It makes a mockery of the Constitution, which is the only thing that prevents the U.S. from becoming another police state. This issue has become critical and is obvious in the low caliber of candidates (other than Sanders) we have to choose from. M.J. Payne, Author "The Remembered Self: A Journey into the Heart of the Beast
to safeguard the wealthy and undermine the will of the people. Only white male property owners could vote, and the Constitution did nothing to change it. The Senate was appointed, and the electoral college was established to control the general election. What other country in the world has an "electoral college" to disallow a majority vote? The actual management of elections was done by the states, the Constitution has nothing to do with it. So we "elect" a president every four years and then we are expected to sit down and shut up. There are no referenda during that period to allow any "will of the people." We are allowed to pay taxes every year, that's nice. Makes it democratic.
One of my main projects these days is to counter the F-35 jet fighter program, a worthless system except to the manufacturer (Lockheed Martin) and to the corrupt congress-critters [I know, it's repetitive] who support it because they are funded by the largess from Lockheed. Did I mention that this turkey will cost us at least $1.4 trillion, over the plane's lifetime? .....tip: OpenSecrets.org is the most comprehensive resource for federal campaign contributions, lobbying data and analysis available anywhere. It will tell you how much your money-grabbing congress-critter is getting from where. We know they are bought-and-paid for, and Open Secrets will tell you by whom. They do it right out in the open! ...Except some of the funds come from law firms and we don't know what for......Now don't get me started on lawyers.

As impressed as I am of Congressman Steve Knight, and being a registered voter in his district, I need to know more about him.